How story of 'Ayinla' impacted my life - Lateef Adedimeji 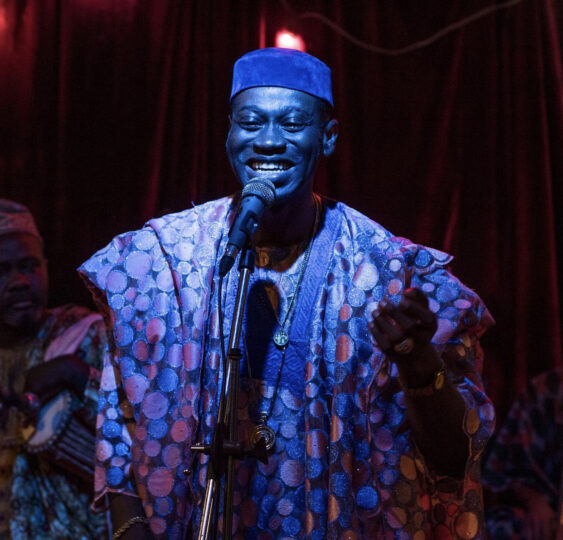 Nigerian actor, and filmmaker, Lateef Adedimeji has explained how Ayinla’s movie impacted his life, describing the lead role as “a high point of his career.”

Adedimeji played the lead role in Ayinla, an eponymous non-biological musical film based on the life and times of the late Àpàlà musician, Ayinla Yusuf, popularly known as Ayinla Omowura.

The Àpàlà music superstar was stabbed to death on the head with a beer glass cup by his estranged manager, Bayewu, during a beer parlour brawl on May 6, 1980, at Itoko, Abeokuta. He died from the incident.

Speaking about his role in the movie in a recent interview, Adedimeji, described it as the most challenging role he has taken as an actor.

“The movie, Ayinla placed me on another level entirely,” the 35-year-old actor stated.

“The story itself teaches me a whole lot. It shows that when you are famous in life, be rest assured that things that don’t make sense will come to you. So, you must be prepared on how to attend to issues and learn how to react to every situation that comes your way.

“If Ayinla had taken caution at a time, somebody upset him, he might probably still be alive because when you are somebody every dog can choose to bark at you.

“So, it teaches me that I need to be calm in every situation. It’s not everything that people say to you that you must react to, just overlook it and move on with your life.”