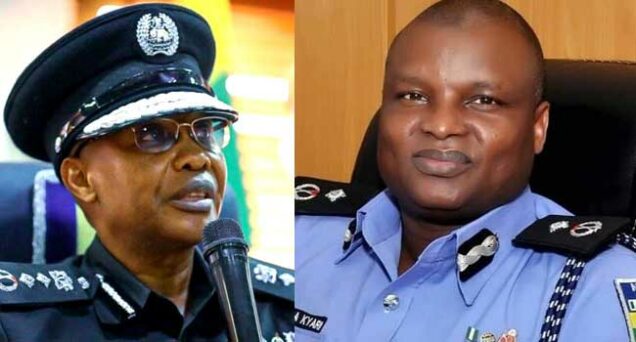 The query follows the submission of the report by the police panel set up by the IGP to look into the alleged indictment of Abba Kyari by the Federal Bureau of Investigation (FBI).

Abba Kyari was queried over infractions noticed in his communication with Ramon Abbas aka Hushuppi, a suspected internet fraudster, the Daily Trust reported.

“The IGP has issued a query to Abba Kyari based on the findings of the panel.

“The panel discovered that there was communication between Kyari and Hushpuppi, as well as infractions on the part of the cop, which is against the procedure of engagement of the police.”

The panel did not recommend the extradition of Kyari because it could not establish that the police officer committed any crime in the US.

“There is no proof that he committed any crime on the soil of the US to warrant his extradition.

“He will be sanctioned by the appropriate authorities here. However, it is for the AGF to advise if there is a ground to extradite him to the US, which is very unlikely, the source said further.

Spokesperson of the Nigerian Police Force, Frank Mba, however, said that the IGP has forwarded the recommendations of the panel to the Police Service Commission (PSC) for appropriate action.

Reportedly, the office of the Attorney-General of the Federation is also looking into the request of extraditing the indicted Cop to the United States of America.