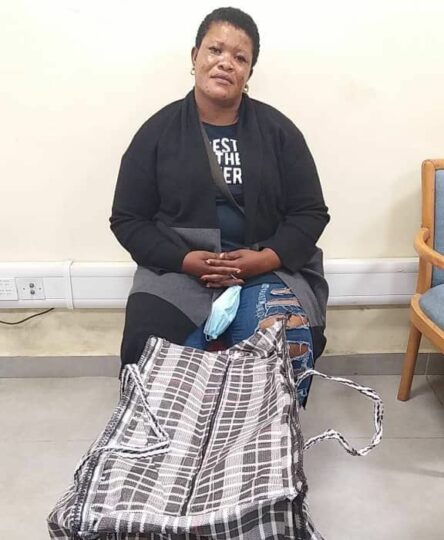 Operatives of the National Drug Law Enforcement Agency, NDLEA, have arrested a female passenger Isesele Obehi at the Murtala Mohammed International Airport, Lagos while trying to smuggle 312 sachets of tramadol to Milan, Italy.

NDLEA spokesman, Femi Babafemi in a statement on Sunday said Obehi was thwarted by narcotic officers who arrested her shortly before she boarded her flights.

He said Isesele was nabbed on Saturday 11th September, 2021 during outward clearance of Ethiopian Airline flight at Gate B departure hall of the Lagos airport on her way to Milan, Italy with three hundred and twelve (312) sachets of Tramadol, weighing 1.5kg, concealed in crayfish and dried vegetables.

Babafemi also disclosed that another suspected drug dealer, Emmanuel Chibuzor Omebere was arrested at the Nnamdi Azikiwe International Airport, Abuja as he was about boarding a flight to Turkey.

He said Chibuzor was caught with 137.45 grams of the same drug concealed in foodstuff at the Abuja airport on Thursday 2nd Sept during outward clearance of Turkish Airline flight to Istanbul, Turkey.

He said in the same vein, efforts by desperate traffickers to export varying sizes of consignments containing cocaine, heroin and other illicit drugs through courier firms were also foiled.

“Some of these include 475grams of heroin concealed in food items going to Canada; 202grams of cocaine hidden in body cream containers going to Australia; 720grams of Cannabis Sativa tucked in computer hard drives heading to United Arab Emirates, UAE and another 2.1kg of cannabis hidden in body cream bottles going to Oman, while 60grams of cocaine concealed in degree certificates meant for Australia was also seized, all from three courier firms in Lagos.