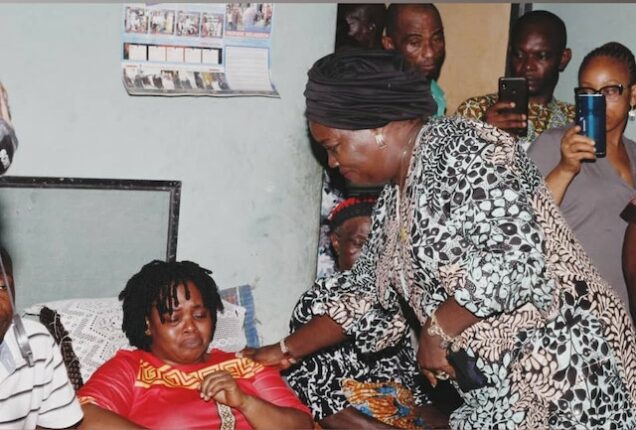 The people of Umukaonu Umuagu in Abia and sympathisers wailed profusely on Saturday, when the remains of the four Ikwunze siblings, who died under mysterious circumstances on Aug. 25, were laid to rest.

They were spending their third term holiday in the house of one Sunday Ugba, their close family friend at Umueze Ibeku, when the incident happened.

Along with their host, Ugba, the children died in the night after eating Suya meat, with fruit juice.

Family sources, however, said that the results of the autopsy carried out on them were still being awaited.

In a sermon at the funeral service, organised at the Umuagu Primary School compound by the Goodnews Pentecostal Church, Umuahia, Bishop Ugochukwu Ogbonna, said that “everyone is a sojourner on earth.”

Speaking on the topic, “the journey of this life and the call of eternity”, Ogbonna said: “The journey of life is not in the hands of man but God, the creator of man.

“People are mourning because the kids, between the ages of three and 11, died one day.

“When a man dies at old age, after acquiring education and wealth, people describe him as successful but we all mourn when a kid dies.”

He, therefore, admonished people to put their trust and hope in God, “who has control over life and death”.

The cleric lauded the parents of the deceased for having shown the children the path to eternal life before their death.

Father of the kids, Ikwunze Chibuzo thanked members of the church for standing by him and his wife since the incident occurred.

Both Onuigbo and Aguocha urged the bereaved family to take solace in God, while praying that the area would not witness a similar calamity again.