Tinubu's our 'Capo,' there's nothing alarming about his health - Akeredolu 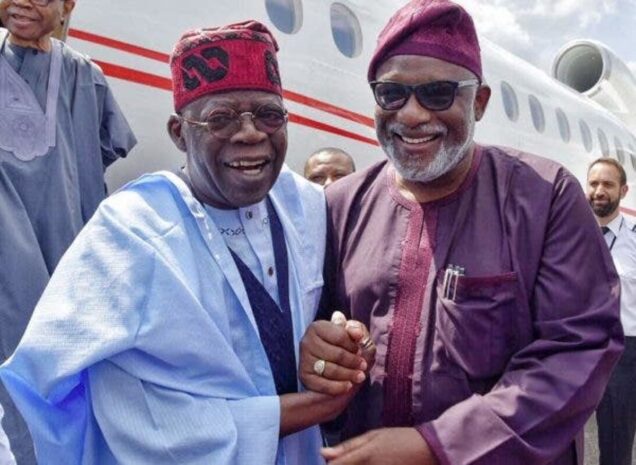 Ondo State Governor, Rotimi Akeredolu there is nothing alarming about the health of the All Progressives Congress, APC, National leader, Asiwaju Bola Tinubu.

He also said Tinubu is the ‘Capo’ of the Southwest and South South and that they were waiting for him to come back to take decisive decision.

Akeredolu spoke in an interview on Arise TV on Sunday.

According to him, his going to London to visit Tinubu had nothing to do with 2023 presidency, saying that APC is a party and that it would decide who the candidate would be.

“I have made the point everywhere; I’m going nowhere. I’m not going to leave APC. If I leave APC, I am going back to my chamber where I am more comfortable. For me, whatever APC decides, I will follow,” he said.

On the visit, he said: “We went to visit our national leader and I was there, because there were a lot of rumours here and there, it was important for us to go and see for ourselves, and I was there, I have seen for myself and there is nothing alarming about his health.”

Akeredolu said they were praying for Tinubu’s return back home on time, saying “he’s the capo for us here in the south west and south south.”

“So we are waiting for him to come, so that by the time he comes, we can make some important decisions and he’ll support us,” he said.