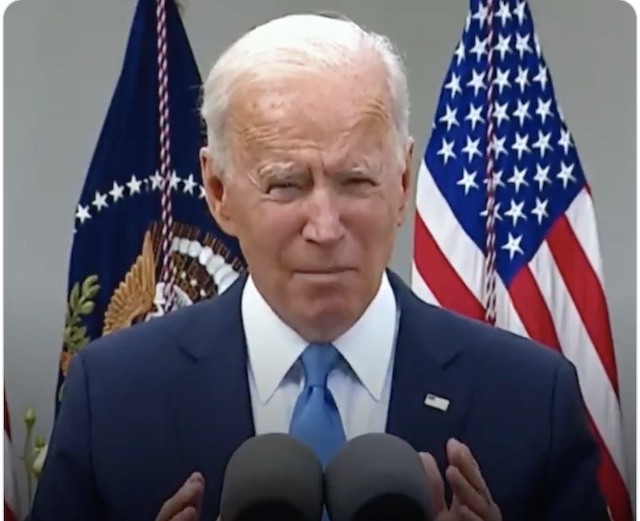 He says the figures in damage are likely to be surpassed this year as extreme weather devastation hits America very hard, resulting in devastating human and economic toll.

Biden in a statement on Mobilizing the Administration to Address Extreme Heat, on Monday said over the past few weeks, he had traveled across the country to see firsthand the devastating human and economic toll of extreme weather exacerbated by climate change.

He said he had walked down streets in Louisiana, New Jersey, and New York, where deadly storms had blown apart the lives of working families, wiping homes and businesses off the map.

“I’ve sat with firefighters in Boise, Idaho, and surveyed the damage of the Caldor Fire in northern California – just one of dozens of large wildfires that together have burned more than 5 million acres of American land so far this year. Communities that over 100 million people – one in three Americans – call home have been struck by extreme weather events in the last few months alone. This is a blinking code red for our nation.

“And while we have all seen the graphic and heart-wrenching images of super-storms, wildfires, and floods in recent weeks, another climate disaster is lurking just below the radar: extreme heat. As with other weather events, extreme heat is gaining in frequency and ferocity due to climate change, threatening communities across the country.

“In fact, the National Weather Service has confirmed that extreme heat is now the leading weather-related killer in America. Rising temperatures pose an imminent threat to millions of American workers exposed to the elements, to kids in schools without air conditioning, to seniors in nursing homes without cooling resources, and particularly to disadvantaged communities,” he said.

The president added that his administration would not leave Americans to face this threat alone.

“Today, I am mobilizing an all-of-government effort to protect workers, children, seniors, and at-risk communities from extreme heat.

“The Department of Labor, the Department of Health and Human Services, the Environmental Protection Agency, and other agencies will work together to help ensure that the American people have safe and healthy working conditions, provide cooling assistance to homes and neighborhoods, and coordinate with state and local officials to bolster their resilience and address the impacts of this threat.

“As we deliver this relief, we cannot wait to act to meet the broader crisis of climate change. Extreme weather cost America $99 billion in damage last year – and we will break that record in 2021.

“We need to rebuild with resilience in mind; we have to act, and act fast, to save lives, homes, jobs, and industries, and build the clean energy economy of the future,” he stated.

Biden urged Congress to deliver both the Bipartisan Infrastructure Deal and “my Build Back Better Agenda to my desk, so that we can make the urgent investments the American people want and our nation needs – to strengthen our nation’s resilience, create millions of new jobs, and protect our families and communities from the growing climate crisis.”