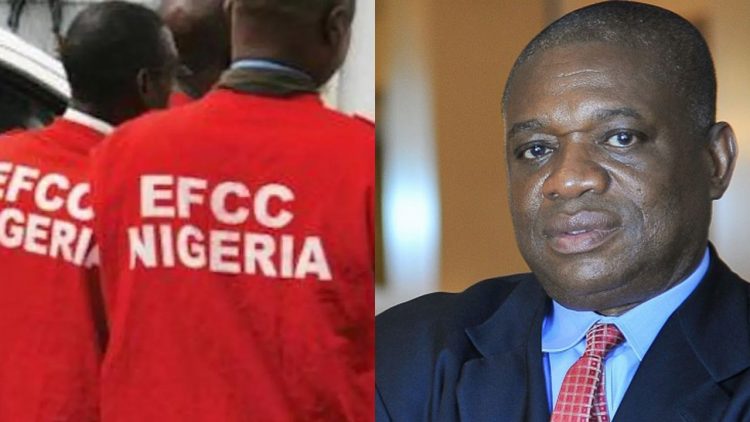 Ekwo fixed judgment date 2 July after Kalu and EFCC adopted all processes filed for and against the suit.

Kalu is seeking to stop his retrial in the N7.1bn money laundering charges on the ground that he had been tried, convicted and imprisoned on the strength of the same charge.

Professor Awa Kalu SAN, his counsel informed the court that Kalu stood for trial for 12 years and got a judgment that convicted and jailed him for 10 years.

The EFCC through its counsel, Mr Rotimi Jacobs SAN, asked the court to dismiss the suit with anger.

He submitted that the judgment which led to the release of Kalu has been declared a nullity by the Supreme Court which also ordered retrial of the appellant in the matter, Mr Udeh Jones who stood trial along with Kalu in the same charges.

EFCC had argued that since the Supreme Court order benefitted Kalu, he must bear the burden that arose from the apex court verdict.

Jacobs described Kalu’s suit as approbating and reprobating at the same time, frivolous, irritating and sought for its dismissal with order on Kalu to face retrial.