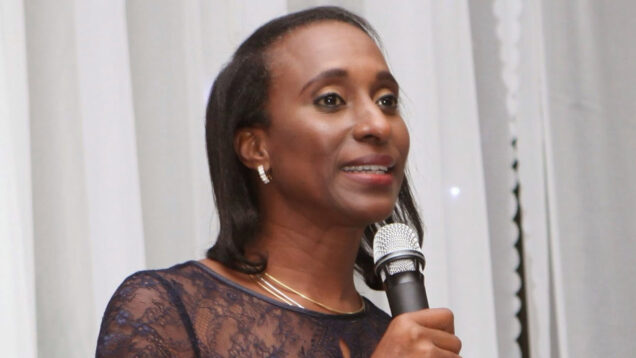 Dolapo Osinbajo, wife of the Vice President has stressed the need for greater investment in girl child education.

Osinbajo gave the advice in her address at the two-day Mallpai Foundation 2021 Literacy Day with the theme: “Promoting Literacy for better education in Nigeria” on Sunday night in Abuja.

She decried the situation whereby the girl child appears to lag behind the boys, saying more needs to be done to bridge gaps in the education of female children and their male counterparts.

“She knows love when her signs say danger, when a girl is educated she is aware of her potential. She can read about Dr Ngozi Okonjo-Iweala of the World Trade Organisation.

“An educated girl sitting on a chair in Kebbi or Kano, in Osogbo or Oshodi, in Awka or Uyo, understands norms and expands her mind.

She commended Mallpai Foundation efforts to provide meaningful life to the girl child to be apt, in achieving the desired goals, urging that more be done to ensure education is assured for the girl child.

During the panel discussion, Mrs Madalitso Kambauwa, Deputy Minister of Education in Malawi, traced the problem of inadequacy in educating the girl child to primordial culture and tradition in Africa.

According to her, there is an emphasis on the need for women and girl child education not just in Africa, but the world at large.

“Historically, the place for a woman was in the kitchen, it was not really a place for a girl to be in school excels in academics, therefore, girls have lagged behind.

“We are here because we want to correct that disparity; we are not looking down on our males.

“We even need them as champions of the girls, if we leave this to women alone, we are not going to achieve targets,” Kambauwa said.

On his part, the Minister of State for Education in Nigeria, Mr Chukwuemeka Nwajiuba, decried misconception about education as just limited to the classroom, to contribute to the lingering gaps

Nwajiuba said, “Education is not just a classroom thing, the entire gamut of the educational system consists of so many life skills that are inherently endowed in any society.

“However, the formal mode of teaching people to become literate in a communicable language, because literacy is not only as it pertains to English language.

“You can also have literacy in other languages; literacy refers to the ability to communicate in education in one language and to do so in written and oral forms.”

Meanwhile, Prof. Sulaiman Khalid, Executive-Chairman of Kebbi State Universal Basic Education Board (UBEB) said that out of 554, 000 pupils in Primary schools, 55 per cent are boys and 45 per cent girls.

“There has been massive improvement, in the past, there used to be four children in school and only one actually is a girl, so the ratio had consistently been 3 to 1.

“The statistic itself marked certain peculiarities, in the urban centres it is 50-50, the girls are competing favourably with the boys,” Khalid said.

In her remarks, the Founder of Mallpai, Hajiya Aisha Atiku-Bagudu, said that education does not mean going to school alone, but starts from the home.

She expressed gratitude to the guests and partners at the event and promised to leave no stone unturned in pursuit of the desired goals of promoting education in the country.

“We are always quick to blame lack of adequate educational infrastructure, but we do not develop the people that need to use such facilities.

“One of the problems we face is we wait for the government, we cannot move forward if everything has to start with the government and end with it.

“Education does not mean going to school alone, it starts from the home; we need to train ourselves for we to be able to train every other child that we meet. She said,

The event was attended by people from all walks of life and featured panel discussion on policies centered on reshaping the education of the girl child.