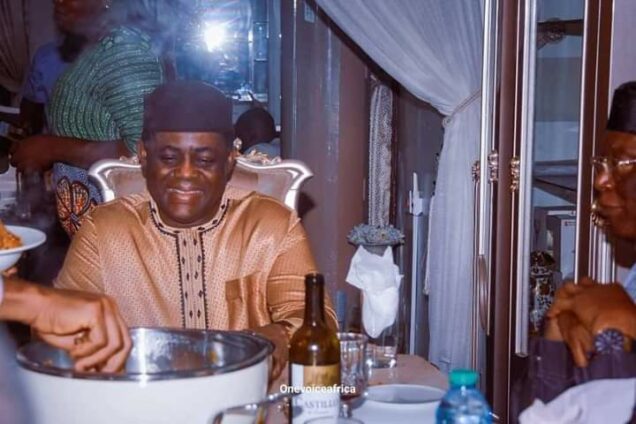 Under fire ex-Aviation minister Femi Fani-Kayode who just joined the All Progressives Congress (APC) has again been welcomed to the fold by former Benue State governor, George Akume.

Akume invited the ex-aviation minister for lunch on Sunday as they both dined with friends amidst pleasantries and banters at his residence.

This comes few days after Fani-Kayode’s exit from the PDP to the APC was confirmed.

The ex-minister has continued to turn deaf ears to critics and enjoy his entry into the ruling party.

Fani-Kayode was heavily criticised for having dinner with his foe turned friend, Ali Isa Pantami, Minister of Communication and Digital Economy on Saturday.

However, while critics are still at it, the lawyer shared pictures of himself and George Akume, Minister of Special Duties having lunch at the residence of the former senator.

Fani-Kayode described it as an honour to be invited to lunch with the former senator.

He called Akume a forthright leader in the country whom he has been friends with for over ten years now.