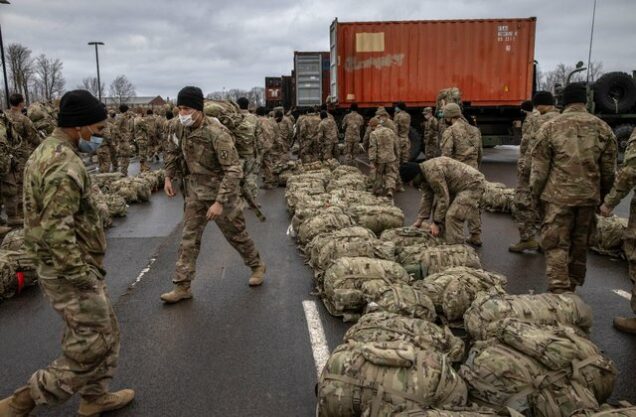 American soldiers in Afghanistan before the August withdrawal

“We killed two innocent men and a charger,” a U.S. drone pilot wrote in his personal journal after a strike cell he was part of carried out an attack in Helmand Province, Afghanistan, on Feb. 26, 2019. “Charger,” a military slang, stands for a child.

“My productivity today was derailed,” the pilot of a Scan Eagle surveillance drone noted. Although he didn’t share much more how he was feeling, his remarks reflected a sense of frustration over the assault, one of at least 13,000 airstrikes that U.S. armed forces had launched against targets in Afghanistan.

Earlier in the day, the strike cell, according to an investigation recently published by the U.S. website Connecting Vets, followed an Afghan man that it had considered suspicious for multiple hours. When the man was riding a motorbike on an empty stretch of a road, a Gray Eagle drone launched the strike.

As a missile was approaching the man, another motorcycle carrying two adult riders and a toddler popped up. There was no way to call off the strike, which missed the target, ultimately. “He rode right through the blast and kept going,” the Scan Eagle drone operator described. The pilot had to continue watching the scene for an “after-action report,” an allegedly common practice in U.S. drone strikes to see who show up to claim the bodies and where they are taken.

“I watched a passer-by load the bodies into a truck and drive them to a hospital.” he said of the civilian casualties.

“They are all dead.”

It was unclear to what extent the operation had affected the drone pilot and others in the strike cell psychologically but researchers have found that soldiers who had inflicted harm on civilians were much likely to develop post-traumatic stress disorder (PTSD) , a mental health condition that may occur in people who have experienced or witnessed a terrifying event.

A second drone pilot that Connecting Vets spoke to also shared a scene that had been seared into his memory, in which a Hellfire missile, an air-to-ground precision weapon, hit an Afghan man with a handheld radio, leaving behind a ragged body. The killing also happened in 2019. “An old lady comes running out of the compound. She comes down on her hands and knees next to this dude and you can see the despair, she is pounding on the ground, hitting herself,” the pilot recalled. “She was on her knees next to this guy with balled fists out at the sky, shaking her fists at me.” Connecting Vets revealed in the investigative report that “some of those involved in drone operations in Afghanistan during 2019 were so disgusted that they quit their jobs and now want nothing to do with the military or aviation” and that “they struggle with the moral injury of being involved in targeting and killing unarmed Afghans.”

The investigation came as the United States was pulling out its troops from Afghanistan. The hasty, bungled evacuations, completed by the end of last month, had been briefly punctuated by attacks from ISIS-K, an Afghanistan-based offshoot of the Islamic State, including a suicide bomb explosion at a Kabul airport, killing more than 170 Afghan civilians and 13 U.S. service members.In retaliation, the U.S. military launched drone strikes against what it called ISIS-K targets in Afghanistan, but the Pentagon has admitted one of the operations wrongly killed as many as 10 civilians, including seven children, in Kabul. Calling it “a tragic mistake,” Kenneth McKenzie, commander of the U.S. Central Command, told reporters last week that he’s “fully responsible for this strike.”

The drone program, primarily run by the Central Intelligence Agency of the United States and the military’s Joint Special Operations Command for targeted killings, has long been denounced by human rights watchers as extrajudicial existence that inadvertently take civilian lives, which has been partly responsible for mental and moral injuries for some operators flying the machine remotely.Such attacks have killed 300-909 civilians in Afghanistan since January 2004, according to the Bureau of Investigative Journalism, a British media organization. Pundits have pointed out that due to a lack of transparency from the U.S. government, civilian casualties from its unchecked drone strikes have been understated. It is also difficult to estimate how drone pilots involved in those operations have been traumatized.

The mistaken drone strike in late August added an another gruesome episode to the final days of U.S. military presence in Afghanistan, 20 years after it declared a “War on Terror” and later invaded the landlocked Asian country in response to major suicide attacks orchestrated by Islamic extremist group al-Qaida on America’s soil on Sept. 11, 2001, which killed almost 3,000 people in a single day.

During the war in Afghanistan, the United States lost a total of 2,461 troops, an official tally showed. Defense Secretary Lloyd Austin, in remarks marking the end of America’s “longest war” on Aug. 30, said, “tens of thousands of others suffered wounds, seen and unseen,” and “the scars of combat don’t heal easily, and often never heal at all.”

According to a Pew Research Center survey in late 2019, post-9/11 U.S. veterans were more likely than their predecessors to bear some of the physical and psychological scars of combat — roughly half of post-9/11 veterans said they had emotionally traumatic or distressing experiences related to their military service, compared with one-quarter of pre-9/11 veterans.

More than a third of post-9/11 veterans said they had sought professional help to deal with those experiences, and a similar share said that they think they have suffered from post-traumatic stress, the poll showed. Meanwhile, the majority of veterans said the wars in Afghanistan and Iraq were not worth fighting. “The United States launched misguided wars and implemented misguided policies that led to the sacrifice of thousands of American soldiers, the deaths of hundreds of thousands of Iraqi and Afghan civilians,” wrote David Corn, an American political commentator and Washington, D.C. bureau chief of magazine Mother Jones, in an article published earlier this month.

Over the past two decades, America’s “War on Terror” has cost itself at least 8 trillion dollars and resulted in over 929,000 deaths, including more than 387,000 civilians and approximately 7,000 U.S. troops, according to studies from the Costs of War project at Brown University.

Hundreds of thousands more U.S. and allied service members have been wounded in combat or have died indirectly as a result of injuries sustained in the war zones, one of the studies showed.

The U.S. military suicide rate has climbed significantly since 2004: four times as many service members have died by suicide as in combat in the post-9/11 wars, signaling a widespread mental health crisis.

Kirsten Fontenrose, director of the Scowcroft Middle East Security Initiative in the Atlantic Council’s Middle East Programs, wrote in an article published last month that “the defeatist narrative dominating even domestic discussions about the U.S. withdrawal from Afghanistan is going to have a tragic impact at home.” “Conditions now put service members and veterans at risk for debilitating mental health problems and suicide,” Fontenrose warned. “What was it all for? Was it worth it? Why did we bother? These questions are triggering post-traumatic stress disorder in our men and women who served in Afghanistan.”

The Veterans Crisis Line, a U.S. hotline for veterans in crisis and their families and friends, has reportedly seen a sharp uptick in calls since the Taliban took control of Kabul in mid-August, a sign which experts said suggested that veterans experienced significant stress. Carl Castro, director of the Military and Veterans Programs at University of Southern California, echoed the assessment, telling the university’s website recently that he believes U.S. veterans just returning from Afghanistan will suffer a host of confusing emotions. “It ranges from anger, frustration, grief, and in some ways happiness that we’re out,” Castro said. “Some are going to feel a sense of futility.”