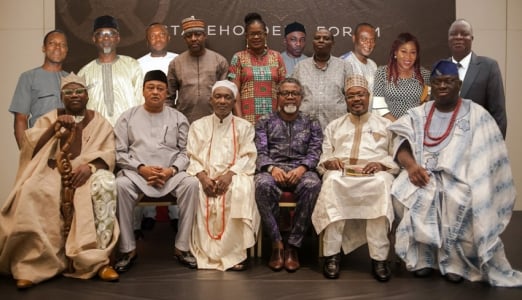 The protest was instigated by the Audio-visual Rights Society (AVRS).

The group accused the hospitality outfit of refusal to pay for use of their intelligent properties in their different branches.

AVRS boss, Alli-Balogun stated that all efforts to meet, discuss and negotiate with the management of the hotel, met the brick walls, hence the protest.