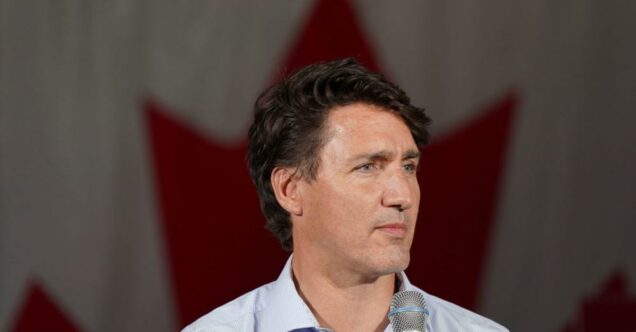 Prime Minister Justin Trudeau’s Liberals were on track for a modest loss of seats in Atlantic Canada, the first region of the country to report national election results on Monday.

Liberals were leading in 25 of 33 parliamentary districts, called ridings, in the four Atlantic provinces. The Liberals held 27 seats before the election.

Erin O’Toole’s opposition Conservatives had focused on adding to their four Atlantic seats, and were leading in eight, according to Globalnews.com.

It was too early to draw conclusions, as regional races across Canada may differ, said Scott Reid, a former Liberal adviser.

But Reid said on CTV that any sign of Atlantic Canada results pointing to a national trend “would be worrying for the Liberals.”

Trudeau heads a minority government that relies on the support of other parties to pass legislation.

He called an election two years early in hopes of securing a parliamentary majority.

But as the public’s unhappiness about the early call grew, the 49-year-old prime minister saw his lead evaporate.

Liberal strategists now concede it will be hard for the party to win a majority of the House of Commons’ 338 seats.

Polls closed at 9:30 p.m. EDT (0130 GMT Tuesday) in all other provinces and territories except British Columbia and Yukon.

The two most-populous provinces, Ontario and Quebec, have 199 seats, or more than half of the national total.