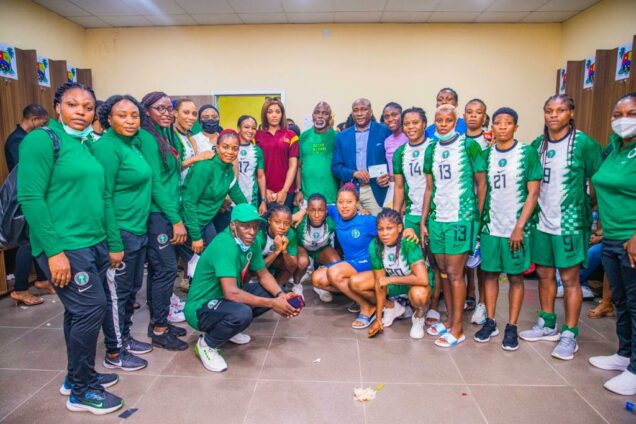 He gifted the present squad N10m on Tuesday despite their loss to South Africa’s Bayana Bayana in the final of the maiden Aisha Buhari Cup competition.

Allen Onyema was not dismayed by the loss, said Ademola Olajire, Director of Communications at the Nigeria Football Federation, on Wednesday.

“He presented the sum of ₦10 million to the Super Falcons’ class of 1999 that reached the quarter-finals of the FIFA Women’s Cup in USA who were honoured by the NFF at a special Awards ceremony in Lagos on Monday.

“He also gifted the present bunch the sum of ₦10 million,” the statement read.