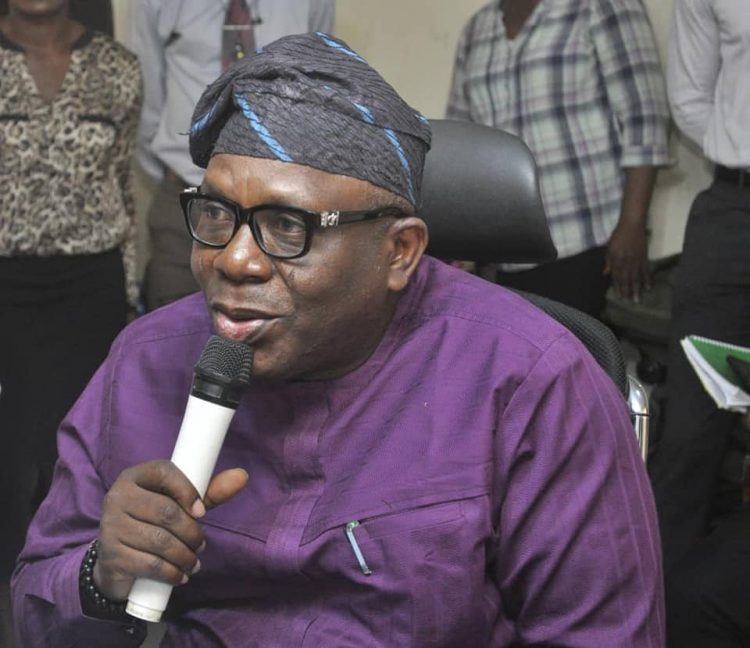 As the 61st Independence Celebrations draws closer, the Lagos State Government has reiterated that the unity and progress of Nigeria is non- negotiable.

The Commissioner for Home Affairs, Prince Anofiu Eleghushi disclosed this in his office during a briefing on the state of preparedness towards celebrating the nation’s Independence Anniversary which is scheduled to hold on Friday, October 1, 2021.

According to Eleghushi, as a people, the Nigerian State has come a long way as the diverse tribes and tongues that distinguishes the country has actually been a winning factor, adding that the Nigerian people have demonstrated strong resolve to remain as an indivisible entity despite her diversities.

The Commissioner stated that past leaders have laid the foundation for a formidable nation while the subsequent and present leaders are building the blocks of unity.

He further added that our indivisibility is a motivation to other African countries and a wonder to the International Community.

Elegushiaverred that there is no doubt that Nigeria at 61 remains a great country blessed by God with human and material capacities that is being tapped and harnessed by other countries.

“No matter the challenges we face presently as a Nation, we shall overcome and come out stronger’’ Elegushi said.

The Commissioner stressed that the Lagos State Government is leaving no stone unturned at ensuring that the deliverables of democracy is available to all residents of the state though its broad spectrum developmental and infrastructural innovations across the T.H.E.M.E.S agenda.

He said “I implore us all as Nigerians to continue to pray for peace, love and unity in our dear country so that we can bequeath a greater nation to our children and generations yet unborn.”

Elegushi hinted that the Lagos State Government has lined up activities to celebrate the 61st Independence Anniversary of Nigeria among which are; JumatService and Special Prayers to be held on Friday, September 25th, 2021 at the Lagos State Community Central Mosque, Alausa, Ikeja by 1pm prompt. On Sunday, 26th September, 2021, a Thanksgiving Service will hold at the Chapel of Christ the Light, Alausa,Ikeja by 10am.

The Commissioner confirmed that the grand finale of the Independence Day Parade comes up on Friday, 1st October 2021 at Agege Stadium, Agege by 9am prompt.

Elegushi explained that the safety protocol for Covid-19 will be strictly observed during all the programmes lined up to celebrate the 61st Independence celebration.