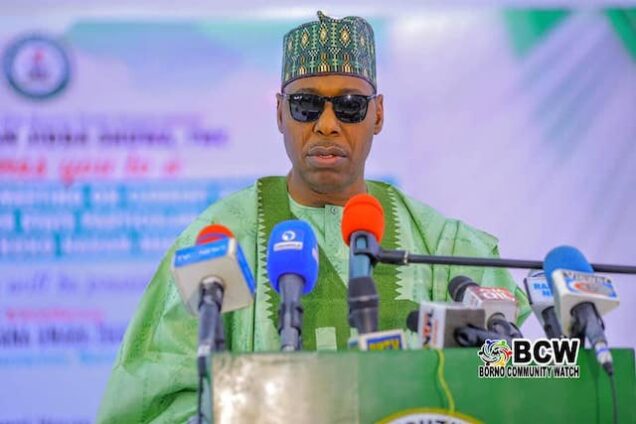 Governor Babagana Zulum of Borno has ordered the suspension of the rector and all management staff of Ramat Polytechnic Maiduguri for six months.

This was after the governor paid a surprise visit to the polytechnic on Tuesday and was shocked by what he saw.

He described the polytechnic as “dead” with workshops and laboratories no longer functioning.

Isa Gusau, the Special Adviser to the Government on Media revealed in a statement that the governor visited the polytechnic around 9 am and found most of the laboratories out of use.

The statement said some of the facilities were covered by cobwebs and rodents roaming around due to neglect.

Afterward, he directed the state Commissioner for Higher Education, Science, Technology and Innovation, Dr Babagana Mallumbe, to take over the affairs of the school immediately.

“Insha’Allah, I will not allow this polytechnic to rot during my era as the governor of Borno State. I will do everything possible within my reach to ensure the functionality of this institution, Insha Allah, the governor said.

“I have directed the Commissioner for Higher Education, Science, Technology and Innovation to take over the affairs for the next six months.

“The ministry is to ensure that all the workshops and the laboratories are put back to use as soon as possible,” Zulum said