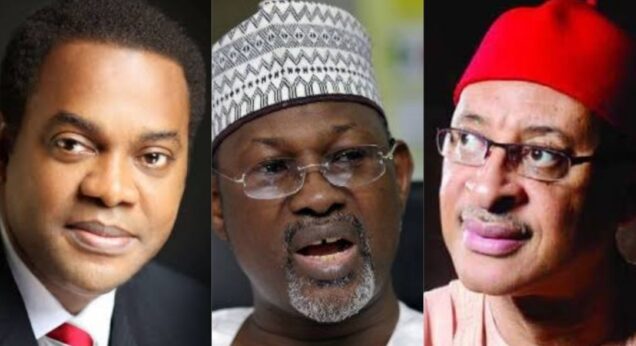 This was confirmed in a communique, jointly signed by Dr. Usman Bugaje, and former Governor of Kwara, Abdulfatah Ahmed.

The communique was issued on Wednesday in Abuja after its national caucus meeting on Tuesday.

RNP is a political but non-partisan movement, with membership across party lines, designed to pool innovative ideas and alternatives to good governance and leadership selection process on the cardinal principles of inclusiveness, capacity, probity and courage.

However, the communique stated that in continuation of the ongoing consultations by the conveners, RPN national caucus members met, reviewed its activities, and prepare for the national launching of the project in November.

The communique noted that at the meeting, RNP experts proposed solution-based policies on the key national issues which were discussed and critically examined.

The issues include security, economy, human capital development, as well as youth and gender inclusiveness.

Others were good governance, national unity, cohesion; restructuring and nation-building.

“Thereafter, the meeting resolved that the ideas and policies recommended by the various experts should be articulated and validated at the national launching scheduled for November.

“After further exhaustive deliberations on the way forward, the caucus recognized the urgent need for Nigeria to be rescued.

“It, therefore, reiterated the need for the project to be launched as soon as possible in order to engage Nigerians on the core values and cardinal principles of the RNP, that should drive the Nigerian democratic process.

“The meeting agreed that the validated solution-based policies on the key national issues proposed by the experts should form the bedrock for engagement with Nigerians.”

The communiqué said that RNP recognized that most of Nigeria’s problems revolve around poor governance and leadership.

It added that the group resolved to influence and ensure good governance and leadership selection process which recognizes competence and capacity at all levels.

The RNP, according to the communique, noted the enthusiasm shown by the representatives of the youth and women at the meeting who recognised that the project addresses their concerns and are therefore ready to mobilize and support the RNP initiative.

It stated that the meeting also approved that the constitution of its Standing Working Committees be launched between October and November.

It was also agreed that the inauguration of Zonal Chapters and National discourse on specific topical issues be done between January and March 2022.

Also, the meeting approved that the ongoing mobilization, contacts, coalition, and partnerships be continuous.