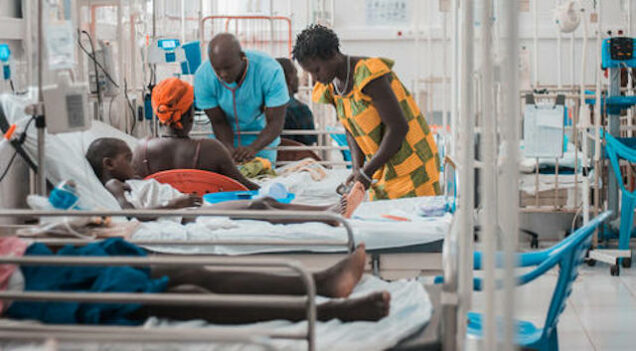 More than 30 people have died because a health workers’ strike in Guinea-Bissau has paralysed the healthcare system, a spokesperson for the nurses’ union said on Wednesday.

The boycott over working conditions, pay and other issues began on Monday in the small West African nation where chronically under-equipped hospitals and clinics have long angered workers and endangered patients.

“I hold the government responsible for the death toll and for the boycott which has completely paralysed the health sector nationwide,” nurses’ union spokesperson Garcia Batican Sampaio told a press conference.

Responding to the strike, government spokesman Fernando Vaz said “those responsible for this tragedy will be brought to justice”.

Political instability has blighted Guinea Bissau for decades. Nine coups or attempted coups since independence from Portugal in 1974 have hobbled efforts to pull the economy beyond its reliance on the export of cashew nuts.

Most medical clinics lack electricity or water supply, salaries are low, and maternal mortality rates are among the worst in the world, according to a 2017 UN human rights report that called for comprehensive reform.

The report said 24 patients reportedly died during a health workers’ strike in 2016, highlighting “the failure of both the state and providers of healthcare services to make adequate services available”.