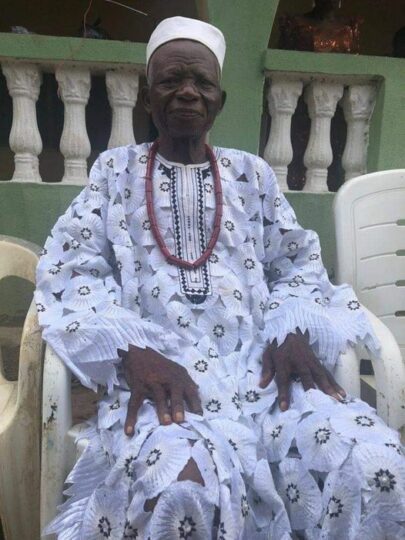 The All Progressives Congress (APC) Ondo State Chapter, mourns the death of one of its stalwarts, Chief Reuben Animola.

Mr Steve Otaloro, the state APC Director of Media and Publicity, disclosed this in a statement on Thursday in Akure.

“We received with heavy hearts, the passing on of Animola, an APC chieftain in Ose Local Government Area of Ondo State.

“Chief Animola, who was the Atunluse of Afo, died in the early hours of Wednesday at the age of 90 years.

“Chief Animola was a devoted member of our party, an astute community leader and a Supervisory Councillor in the old Owo LGA of the state.’’

Otaloro further described Animola as a faithful, loyal and dependable member of the APC.

“He was a reliable party man who was fully committed to any cause that he believed in.

“Pa Animola, as he was fondly called by political associates and his numerous admirers, was a highly forthright, principled and disciplined politician whose words were his bond.

“The APC has lost a rare gem in Animola, a voice of reasoning and an epitome of the evolution of progressive party politics in Western Nigeria and, in particular, Ondo State.

“We shall miss him very much; may his soul rest in peace,” he prayed.