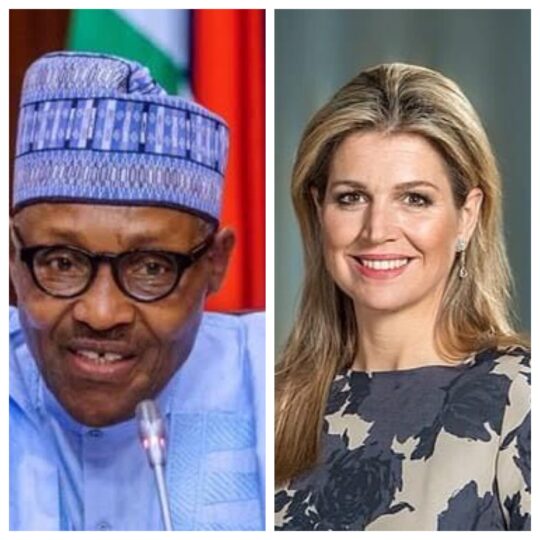 President Muhammadu Buhari Wednesday told Maxima Zorreguieta, Queen of The Netherlands why his administration prioritized the provision of infrastructure.

Their meeting was on the sideline of the United Nations General Assembly In New York.

Buhari said he knew the limitation of government, hence his bias for infrastructure.

“Without infrastructure, development would be limited, so we put emphasis on building roads, rail, and power. We have a comprehensive plan, and we are doing our best,” the President said.

He added that the country was hampered by resources, despite being oil exporting, and that with more financial wherewithal, infrastructure works would be sped up.

President Buhari assured the Queen, who last visited Nigeria in 2017, that if she came again, she would see a lot of differences.

In the area of agriculture, the President said Nigerian borders were closed with some neighboring countries to encourage farmers, “and eat what we grow.

“People went back to the land, and this helped us tremendously. We made fertilizers available, resuscitated dams, and it all paid off handsomely.

“Otherwise, with about 200 million people, we would have been in trouble when COVID-19 struck, and affected the economy.”

He said just like Oliver Twist, Nigeria could do with more help in the area of investments, particularly in agriculture.

“We have the land, we have the people, capital input is what we need,” President Buhari stated, adding that Nigerian farmers were quite receptive to modern ways of doing things, especially in respect of cutting post-harvest waste.

Queen Zorreguieta lauded what she called “the huge effort” made by Nigeria to combat the Coronavirus pandemic, saying; “you spent a great part of your GDP.”

She said she had a huge commitment to Nigeria, “and will want to accompany her to do more. You won’t be alone. We will be there along with other partners.”

The Queen said agriculture was music to her ears, being the daughter of a former Minister of Agriculture, and her biggest plea would be for Nigeria to make infrastructure available, so that investors and aid donors can access areas beyond the major cities.