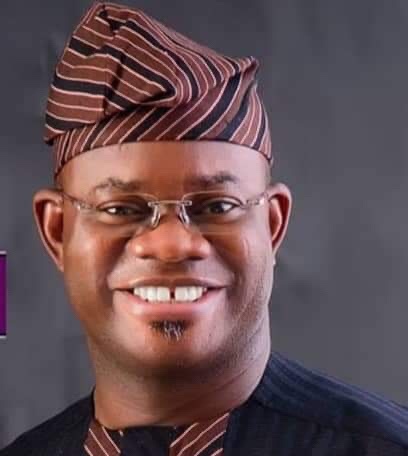 A biopic of Gov. Yahaya Bello of Kogi, an in-depth analysis of the life of Bello, will be released in December.

This is disclosed in a statement by the producer of the movie, Seun Oloketuyi, on Friday in Lagos.

Oloketuyi, also the Founder of Best of Nollywood, said that the movie was entitled, “Yahaya the White Lion”.

He described Bello as ever-smiling, unassuming and modest, saying that his lifestyle was well-dramatised in the movie.

According to the producer, the movie featured actor Ali Nuhu in the role of Gov. Bello, and Roseanne Chikwendu as the governor’s wife, Rashidat.

Oloketuyi said that while the principal photography kicked off in the third week of September at different locations, including Lokoja and Lagos State, the movie would be released in December.

On the reason for the movie, Oloketuyi said: “So many things have been said about the man, Yahaya Bello, and so much is still unknown about who he really is.

“This movie is an attempt to bring out the facts, the governor’s background, growth and rise in politics, and his ambition.

“It is basically to set the record straight about the gentleman,” Oloketuyi said.

According to him, the movie directed by Tunde Laoye, promises to be enlightening and engaging.

“In many cases, biopics are not helpful as quality life lessons because too much time has passed between the lifetime of the subject and the time the movie is made.

“For this reason, people simply enjoy biopics as tools of entertainment and as documentation of the history of a different time; this is where Seun Oloketuyi’s latest biopic, “Yahaya, the White Lion” roars differently.”