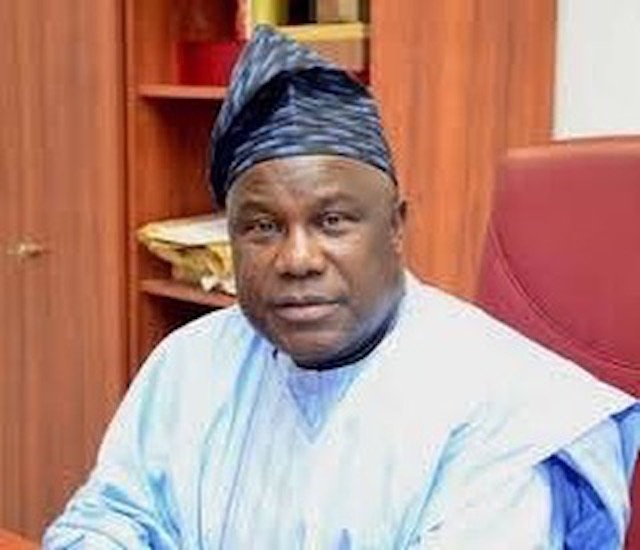 A Federal High Court in Abuja has thrown out the suit filed by the Asset Management Corporation of Nigeria (AMCON) against Senator Buhari Abdulfatai.

Justice Inyang Ekwo made the decision on Thursday after he discovered that AMCON fraudulently obtained an order to seize houses belonging to Senator Buhari over alleged N600m debt.

Justice Ekwo issued the March 25 order temporarily empowering AMCON appointed receiver to take over the property allegedly pledged by the Senator when his company – Abadat Ventures Ltd – got the loan from GTB.

However, Daily Post reported that Justice Inyang Ekwo found that AMCON misled and concealed facts from the court in obtaining the ex-parte order issued on March 25, 2021, on the basis of which AMCON took possession of the Senator’s property, including 12 St. Petersburg Street, Wuse 2 and Plot 516 off Misau Crescent, off Birnin Kebbi Crescent, Garki 2 (both in Abuja).

Justice Ekwo said AMCON concealed the fact that the Senator and his company filed a suit as far back as 2013 (FHC/ABJ/CS/746/13) challenging the legitimacy of the alleged debt.

The judge, however, upheld the arguments by the lawyer to the Senator and his company – Ahmed Raji (SAN) to the effect that the suit filed by AMCON in March this year, while the 2013 suit was still pending, amounted to an abuse of the court process.

Justice Ekwo rejected arguments by the AMCON lawyer, who had relied on the provisions of sections 33(a) and 39(c) of AMCON Act (2019), and held that both sections were inapplicable because they were enacted during the pendency of the earlier suit filed by the Senator and his company.

“lt is only just and proper that the action filed since 2013 be concluded before the first claimant (AMCON) can take further action on the property,” the judge said.

He added that AMCON Act 2019 cannot apply to a suit filed in 2013 before the amended AMCON Act became effective.

“I have noted that when the claimants filed this action by their ex-parte motion for interlocutory possession, dated 11th March 2021, which this court granted on 25th March 2021, no averment in the affidavit in support thereof made any mention of an existing action in court.

“I believe that, if that was done, the court would have made orders requisite in the circumstances of this case.

“It can therefore be said that the order of this court on the motion ex-parte of the claimants was not made upon full disclosure of material facts by the claimants.

“Where the court discovers that it has been made to make an order upon non-disclosure of relevant and material facts, such order is liable ex debito justitiae (as of right) to be set aside.

“I find that the claimants filed this action during the pendency of suit No. FHC/ABJ/CS/746/2013 – Abadat Ventures Ltd. & Anor v. Asset Management Corporation of Nigeria & Anor – which subject matter is the same as that of this case and the parties are the same, amount to a multiplicity of a suit on the same subject matter and between the same parties.

“In such situation, the later action is considered an abuse of process of Court and I so hold.

“I make an order setting aside the order make on the ex-parte motion by the Claimants in this case on 25th March 2021.

“I also make an order dismissing this case for being an abuse of process of the court.

“The claimants should know what to do if they have any right to protect or claim in suit No. FHC/ABJ/CS/746/2013 – Abadat Ventures Ltd. & Anor v. Asset Management Corporation of Nigeria & Anor. The law is clear on such situation,” Justice Ekwo held.