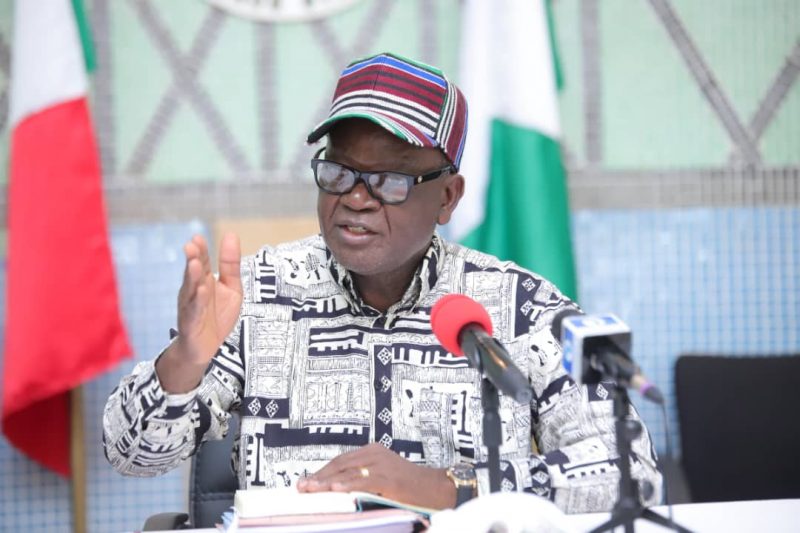 Governor Samuel Ortom of Benue State said President Muhammadu Buhari has relegated good governance with his act of nepotism and sectionalism in all his appointments.

The governor stated this in Enugu during a lecture organised by the Nigeria Union of Journalists, Federal Radio Corporation of Nigeria, Enugu chapel, with the theme, ‘Emerging security situation in the South-East: the place of good governance.”

Ortom said the president violated the principle of federal character as enshrined in the constitution with his acts of sectionalism in all his appointments.

He noted that these actions taken by the President had divided Nigeria more than ever.

He said, “The lopsided federal appointments, nepotism and other acts of sectionalism, particularly from 2015 to date, have divided Nigeria now more than at any other time in the country’s history.

“The Federal Character Principle as enshrined in the constitution has been abused and abandoned by the present administration. This is where leadership has failed Nigerians and good governance has also been relegated to the back seat.

“Eastern Nigeria, like other parts of the country, deserves equal attention with the provision of critical infrastructure and development projects, as well as allocation of resources and key appointments at the federal level.”

Ortom also added that the All Progressives Congress government had failed in every area.

The governor, however, vowed that he will never be cowed by the tactics of intimidation deployed by the Buhari government.

He said: “The present administration at the centre has adopted the approach of intimidation of those who dare to voice out their frustrations and concerns over growing insecurity and marginalisation.

“But I, Samuel Ortom, will never keep quiet as long as injustice and marginalisation prevail in the affairs of our country.”