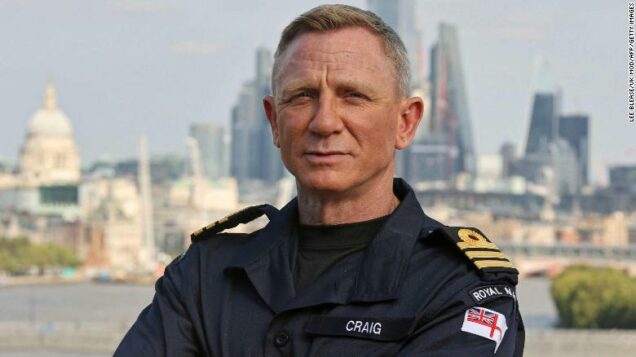 James Bond star Daniel Craig has been made an honorary officer of the United Kingdom’s Royal Navy on Thursday.

The award matches his James Bond character 007 where he holds the rank of commander.

He was announced an honorary officer by First Sea Lord Admiral Sir Tony Radakin, the head of the Royal Navy in a statement.

“Daniel Craig is well known for being Commander Bond for the last 15 years a naval officer who keeps Britain safe through missions across the globe. That’s what the real Royal Navy does every day, using technology and skill the same way as Bond himself,” the statement read.

The Royal Navy head said Craig would now be an ambassador for the Navy and advocates for the service, sharing their time and expertise to spread the message about what the royal navy is doing around the world.

The actor according to the statement would also use his new status to help UK military families.