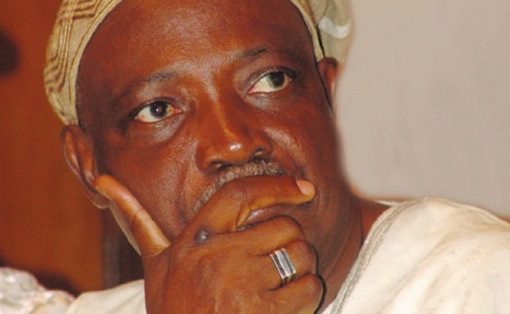 The Chief Whip of the Senate, Orji Kalu, has congratulated former Governor of Oyo State, Sen. Rashidi Ladoja at 77, describing him as a consummate politician and statesman.

Kalu, in a statement on Friday in Abuja, acknowledged Ladoja’s contributions to the social, economic and political development of Oyo State and Nigeria in general.

He described him as a well-respected figure in the business and political circles.

“As the former governor of Oyo state, Sen. Rashidi Ladoja clocks 77, I join his family, political and business associates in celebrating the robust accomplishments of the celebrant in all facets of life.

“The celebrator is a successful businessman, astute politician and selfless statesman.

“He has played invaluable roles in nation-building in various capacities.

“The former governor has over the years sustained his pedigree by embracing democratic virtues in his political pursuits.

“Ladoja remains a pillar of support and rallying point for his contemporaries and the younger generation,” he said.

Kalu prayed for longer life for Ladoja in the service of humanity and wished him a joyous birthday celebration.