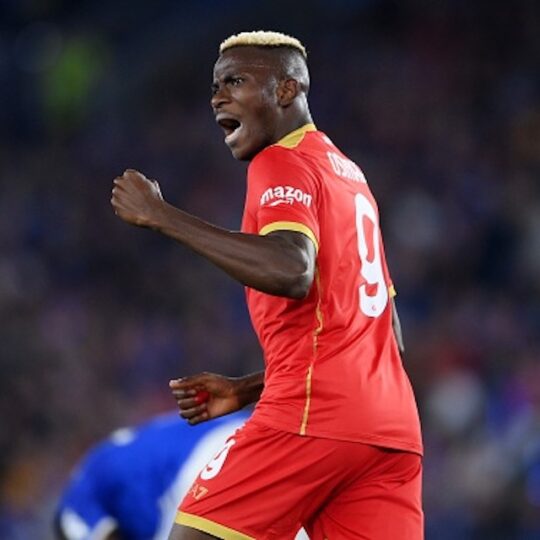 Luciano Spalletti’s side are two points clear of Inter Milan and AC Milan with a perfect 15 points, scoring 14 goals and conceding two in their five games.

Osimhen’s cushioned volley put the visitors ahead after 10 minutes at the Stadio Luigi Ferraris before two good saves from David Ospina denied Sampdoria an equaliser.

Napoli pulled clear through an arrowed Fabian Ruiz strike before the break, and explosive strikes from Osimhen and Piotr Zielinski completed the rout.

Osimhen, who had enough opportunities to score a hat-trick, took his tally to five goals in five games in all competitions as the Partenopei continued to make an early statement about their title credentials.

Speaking after the game, Spalletti said: ‘It was a good result today, but Sampdoria caused us problems in the first half.

“Where we deserve credit is for hanging in there, resisting the pressure and then finishing our chances well.

“Ospina did really well in goal during the first half, as Sampdoria pounced on us from the start, but that left huge gaps behind their defence, and in those situations Osimhen is devastating.

“When the game is not going well, you have to try to get something from the individuals and that’s what we did,”