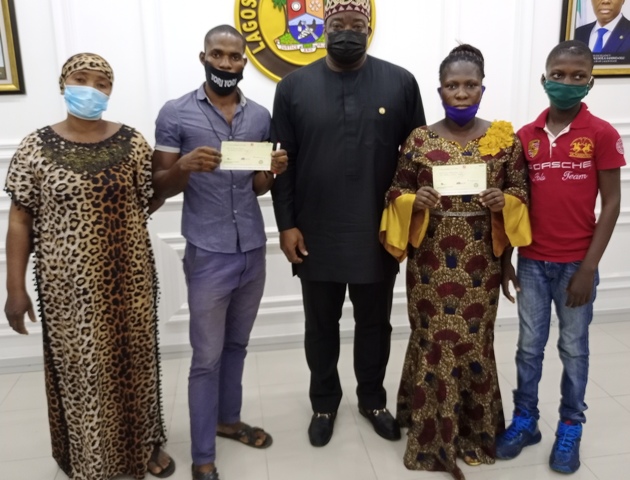 The beneficiaries with Deputy Chief of Staff, Mr Gboyega Soyannwo

Each family got N10 million at the event which held on Friday.

Represented by the Deputy Chief of Staff, Mr Gboyega Soyannwo, the Governor described the monetary support as a token and the government’s efforts at comforting affected families.

He said no amount of financial gift could make up for the lost lives and the gallantry of the fallen Patriots.

The Governor commended and appreciated the gallantry of the deceased operatives, reassuring the families and Lagos residents of government’s decisiveness to always work for the good and wellbeing of the masses.

Speaking on behalf of the two families, a son of one of the deceased, Master David Omale, thanked Sanwo-Olu for the gesture.