BBNaija: What will happen to these relationships after the show? 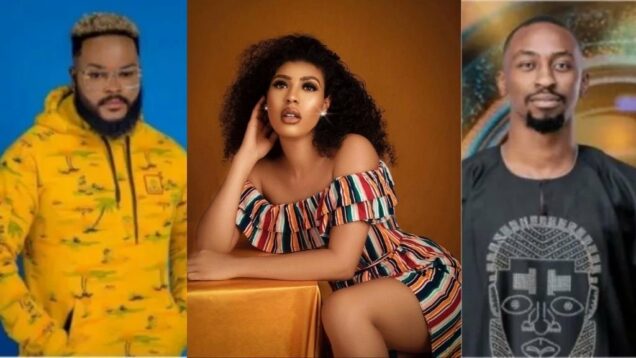 We are in for another shocker come tomorrow as six housemates await their fate on eviction night. The question now is: Who among Whitemoney, Pere, Nini, Angel, Saga and Queen will make it to the finals? While the fans will know the fate of the housemates tomorrow, they are in a quandary as to what would be the fate of the remaining relationships in the house after the show.

What indeed will become of the three remaining relationships after the show? Will the love affairs between Liquorose and Emmanuel, Nini and Saga and Whitemoney and Queen wax stronger after the show. Or will they collapse like a pack of cards?

Here is how most of the fans view the relationships. This was gauged from their comments on social media.

This has been the most serious of all the relationships and it has also been the long-lasting. There is no doubt that the duo, who have never hidden the love they have for each other, have been an item since the beginning of the show.

Still, the questions now are: how strong is the relationship? Will the duo be able to sustain it even after they leave the house?

Even when they started their relationship Liquorose felt betrayed by Emmanuel when he picked her as one of the wildcards. Liquorose said she felt betrayed that he (Emmanuel) went ahead to do so after she had opened up to him, adding that she won’t trust Emmanuel any longer.

“So you have feelings for me but also want me out of the house.

“I opened up to him and felt he should have defended me in front of the housemates that I’m not the wild card.

“I felt he should have mentioned it to me before he said my name as the wild card in the diary room. I don’t know if he’s my friend or it’s just a game, ” Liquorose was quoted as saying.

The question then is: When did Liquorose get so much involved in the relationship that she forgot Emmanuel had earlier stabbed her in the back?

The fans are also of the view that Emmanuel is only using Liquorose, who has a huge fan base, to survive in the house. They base their view on Emmanuel’s seeming flirtation with Angel as well as his not coming out to declare his love for Liquorose.

Many believe the relationship will not stand the test of time, as Emmanuel will show his true character after the show. They are also of the opinion that Liquorose is just wasting her time. Time indeed will prove whether they are right or not.

Fans’ verdict: The relationship is shaky and not built on a solid foundation.

Nini has confessed several times that not only does she love her boyfriend, she misses him so much. Both pranks that Biggie played on either lovers showed that Saga is in love with Nini. And many fans are criticizing Saga for displaying such show of love and emotions, when Nini keeps telling him that she has a boyfriend outside. They call Saga all sorts of names such as a weakling, ‘woman’s wrapper,’ ‘mumu’ etc.

Fans’ verdict: They see no future in the relationship outside the house.

This is the most complicated relationship of the three. Many believe that there is no love lost between the two, yet they are always found in each other’s company.

Though the duo have been close since Queen joined the other housemates, both of them are not committed to the relationship. No doubt, Whitemoney likes Queen but he is not happy about her flirtatious behaviour. Queen is always flirting with Cross.

Queen, on her part, sees Whitemoney as her “acting boyfriend.’ She once told Whitemoney that she would like to sleep with him and Cross, which infuriated him the more. No doubt, Queen likes Cross and has flirted with him many times. Whitemoney tells Queen that she is not loyal and that her “eyes are here and there.’ As is said in the local parlance, ‘Queen no send anybody.’ Many believe Queen is using Whitemoney as a survival strategy to get support from fans.

Queen is not ready to be committed to the relationship, though she once told Whitemoney that she dreamt she was pregnant for him outside the house, to which Whitemoney replied that she should go back to the dream and abort the pregnancy.

Fans’ verdict: There is no relationship here, not to talk of whether it will survive outside the house or not. They are of the view that Queen and Whitemoney are in a “situationship”, not in a relationship.