Buhari targets 5million households for solar power by 2030, after tenure 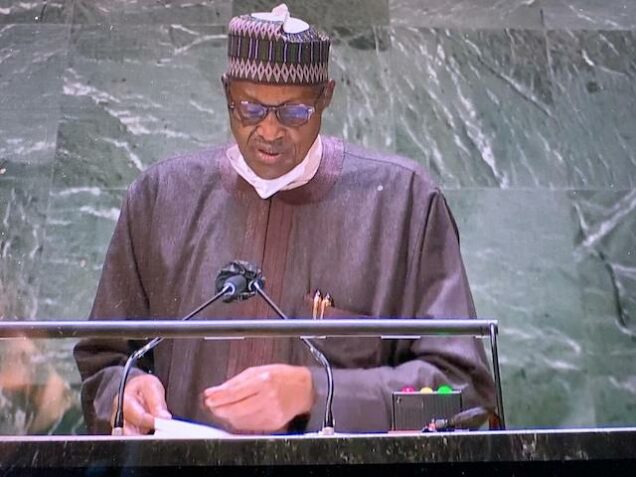 The target will be achieved seven clear years after his tenure.

Mr Femi Adesina, the President’s spokesman in a statement late Friday evening, said Buhari spoke in line with Nigeria’s role as a Global Theme Champion for the Energy Transition, theme of the High-Level Dialogue on Energy on the sidelines of the 76th United Nations General Assembly in New York.

“This is a major first step towards closing our energy access deficit by 2030.

The Nigerian leader called for support from developed countries to unlock the financing needed to accelerate a just energy transition for all.

“The focus of our discussions on transition must now evolve how we help countries develop detailed energy transition plans and commitments to mobilize enough financing to empower countries to implement those plans,” he said.

According to him, the scale of financing required for Nigeria to achieve net-zero, amounts to over US$ 400 billion across the Nigerian economy in excess of business-as-usual spending over the next 30 years.

The president, however, said that gas would continue to have a big role to play before it is phased out, explaining that solid fuel cooking is still wreaking havoc in Africa:

“Nigeria’s Energy Transition Plan has laid out our roadmap to reach net-zero and highlights the scale of the effort required, which includes the development and integration of renewables into current grid infrastructure at tremendous scale and electrification of all sectors.

“This is challenging for any country, especially a developing country. On our development objectives, gas will have a key role to play here for some years before being phased out,” he said.

President Buhari noted that these plans must also take into account, the provision of access to electricity and clean cooking solutions for those in Nigeria and around the world currently without access.

According to him, an often-overlooked point is the essential role of gas in addressing clean cooking challenges.

“Globally there are 2.6 billion people who lack access to clean cooking – which is unacceptable.