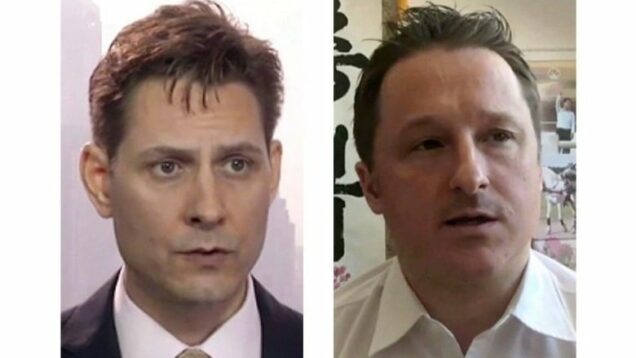 Two Canadians Michael Kovrig and Michael Spavor, detained in China for over 1000 days have returned home in Canada

Trudeau announced on Friday night that the two men had been released and were on their way back having boarded a plane with Canada’s ambassador to China Dominic Barton.

Trudeau made the announcement hours after Huawei CFO Meng Wanzhou was released from house arrest in Vancouver and allowed to return home to China after securing a deal to drop U.S. charges against her.

As part of the new deferred prosecution agreement, Meng pleaded not guilty to charges that she committed fraud by misleading the HSBC bank about the company’s business dealings in Iran.

Kovrig, a former diplomat, and businessman Spavor were detained in China days after Meng was arrested at Vancouver’s airport in December 2018 on behalf of the United States.

The two men were convicted on espionage charges in separate trials earlier this year.

Spavor was later sentenced to 11 years in prison, while a sentence had yet to be issued for Kovrig.

Canada has repeatedly demanded China release the pair, saying they were arbitrarily detained on bogus charges.