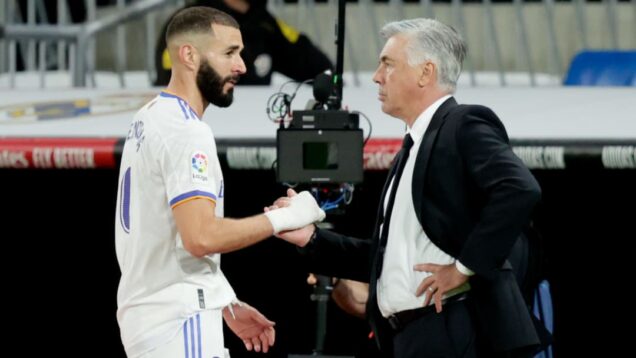 The French forward has been in top form in recent times, netting over 20 La Liga goals in each of his last three full seasons.

He has taken his form to another level since the beginning of the season registering eight goals and seven assists in just six domestic games so far. No one in Europe’s top five leagues has managed more in either metric.

Benzema’s form helped him break into the France team in time for Euro 2020 after a number of years he was blacked out of the team.

While speaking about the forward ahead of Real Madrid clash with Villarreal on Saturday evening, Ancelotti revealed his belief that the forward was getting better with age.

“The way he’s playing, I think he has to be on the list of players who can win it [the Ballon d’Or]. Karim has time to win it. This isn’t his last season. He’s like a fine wine; he gets better with time,” he said.

Benzema will face stiff competition for the award, with players like Robert Lewandowski and Champions League winning pair N’Golo Kante and Jorginho also in contention.