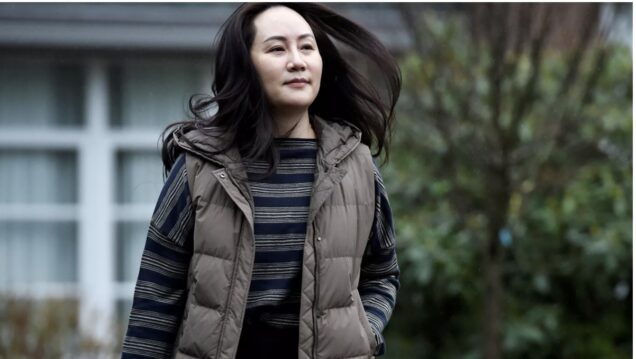 Meng Wanzhou back home in China

Chinese state media welcomed telecoms giant Huawei’s chief financial officer, Meng Wanzhou, back to the “motherland” on Saturday, after more than 1,000 days under house arrest in Canada, on what they called unfounded charges of bank fraud.

In what has turned out to be a quid pro quo of sorts, two Canadians, Michael Kovrig and Michael Spavor, detained in China on trumped up charges, are also on their way to Ottawa.

Chinese state broadcaster CCTV carried a statement by the Huawei executive, written as her plane flew over the North Pole to avoid U.S. airspace.

Her eyes were “blurring with tears” as she approached “the embrace of the great motherland”, Meng said.

“Without a strong motherland, I wouldn’t have the freedom I have today,” she added.

Meng was arrested in December 2018 in Vancouver after a New York court issued an arrest warrant, saying she tried to cover up attempts by Huawei-linked companies to sell equipment to Iran in breach of U.S. sanctions.

After more than two years of legal wrangling, she was finally allowed to leave Canada and fly back to China on Friday, after securing a deal with U.S. prosecutors. read more