"I can’t believe you're gone:" Davido speaks on death of photographer Fortune 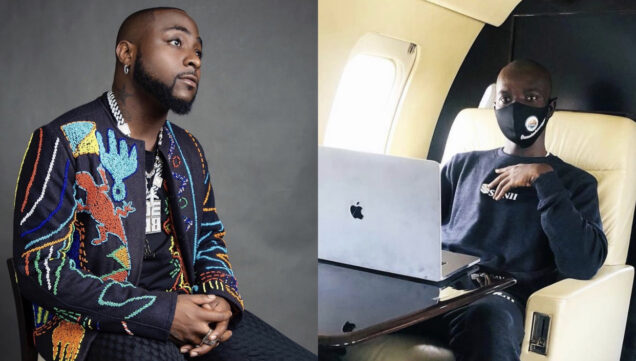 The celebrity photographer had drowned at a photo shoot location in Lagos, on Tuesday evening, September 21, 2021.

Davido who was devastated after the death of Fortune took to his verified Instagram page and wrote a heart-wrenching tribute for the deceased.

“Fortune @fortunateumunname ….. I can’t believe you’re gone. Since we met u never left my side. for one day… Your page says it all,” Davido wrote.

“You really were all about me like nothing else mattered. You went from a complete stranger to one of my closest confidants within weeks. There is nowhere I entered that you and your lens didn’t enter.

“I can’t even believe I’m writing a tribute to you right now wtf we still had so much more to do. Your workshops. Your studios. Trips. Shows. Scenes. Moments. All of it. I can’t believe you didn’t give me the chance to fulfill the rest of my promises to you. my heart is so heavy right now, and I’m just so grateful I met you. You truly were the best kid. A rare breed and I’m so grateful that we got to travel the world and create so many iconic moments with you.

“You are irreplaceable and you are gone now but I will make sure you are never forgotten! I swear it! This next one’s for you! RIP lil bro. Love you forever ❤️ #FortuneShotItAll,” he concluded.

Fortune’s death comes just three months after the death of the hit maker’s close aide Habeeb Ademola Uthman, popularly known as Obama DMW, who died as a result of a heart condition.

Fortune was Davido’s personal photographer and accorded him the opportunity to have toured over 50 cities in the world (including the Middle East, United Kingdom, South Africa and Other Parts of Africa ) spreading his love for his craft and documenting appealing images to the world of art.