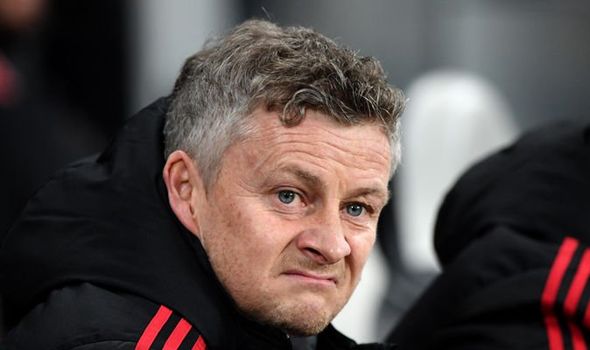 Manchester United manager, Ole Gunnar Solskjaer has explained why his team lost against Aston Villa at Old Trafford on Saturday.

He criticised officials of the game and dismissed Villa’s lone goal as offside.

He however blamed his side for not being clinical enough.

He said this in his post match interview with the club media.

“I thought we were very good in the transitions, defensively we won the ball in good positions and we attacked quickly.

“But when we got up there, the final decision, the final execution, the quality in the pass or the shot or decision wasn’t good enough to get goals.

“The game ebbed and flowed and was probably a good game for the neutrals but unfortunately, we didn’t get a goal.”

Commenting on Villa’s goal, he said there are inconsistencies with the VAR and decision making.

“Against us on the corner you see the inconsistencies again with VAR and decision making because [Ollie] Watkins is clearly standing on or is touching David [De Gea] as the header has gone so he is offside, or it is a foul.

“The linesman did well, he reported it or called it in to VAR, but they turned the decision down and it is a goal unfortunately so, bad decisions again.”

Ole commented on the injuries sustained by Harry Maguire and Luke Shaw and called for a response from his team next time out, against Villarreal on Wednesday.