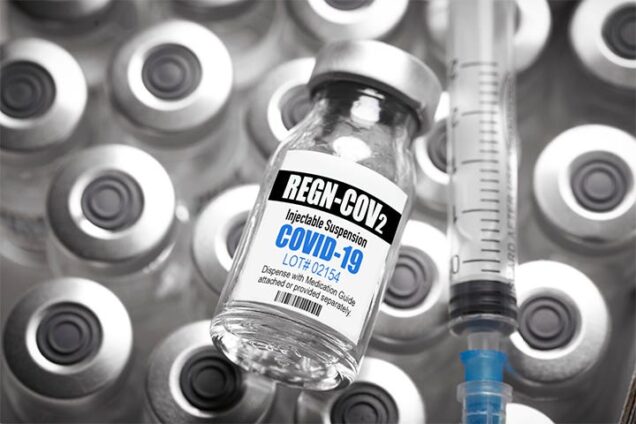 Regeneron antibody drug cocktail `casirivimab and imdevimab’ has been added to WHO list of treatments for COVID-19 patients.

Dr Janet Diaz, Head of Clinical Care,World Health Organisation’s (WHO), announced this and described the cocktail a major breakthrough in the care of COVID-19 patients.

The latest addition to WHO’s list of treatment for COVID-19 was reported on UN website on Friday.

Diaz said that it was important to underscore the need for lower prices and equitable distribution of the drugs.

“This is our first recommendation for a therapeutic for those patients with mild, moderate disease, this is because it reduces “the need for hospitalisation if they are at high risk,’’ Diaz said.

She said that WHO’s conditional recommendations are for use of the drug combination on patients who are not severely ill but at high risk of being admitted to hospital with COVID-19.

“Those with severe cases of the disease and no existing antibodies included.

“Giving them this additional antibody seems to show an effect. And what effect is that? A reduction in mortality,’’ Diaz said.

She said that the antibody therapy was granted emergency use authorisation in the United States November in 2020 after it was used to treat former President Donald Trump when he was admitted to hospital with the virus.

According to her, the United Kingdom has also approved Regeneron, while it is under review in Europe.

Diaz said that WHO recommendations were largely based on data from a British study of 9,000 patients in June which found that the therapy reduced deaths in hospitalised patients whose own immune systems had failed to produce a response.

“We are taking the information from the UK study and generalizing it to other persons.

“We saw there was a benefit we thought was meaningful,’’ Diaz said.

She said that the treatment had been in use for decades to treat many other diseases, including cancers.

According to her, it is based on a class of drugs called monoclonal antibodies which mimic natural antibodies produced by the human body to fight off infections.

She said that Swiss drugmaker Roche, had been working in partnership with Regeneron, which holds the patent, to produce the antibody treatment.

“We know that the life-saving benefits and the benefits for patients with COVID-19 is significant and requires action,’’ she said.

She added that WHO hosted health agency UNITAID, had been negotiating directly with Roche for lower prices and equitable distribution across all parts of the world, including low and middle-income countries.

“WHO has also been in discussions with the company for a donation and distribution of the drug through UN Children’s Fund UNICEF, following allocation criteria set by the health agency.

“We are working together with the company so, we can address these very important issues so, we can have equitable access,’’ she said.