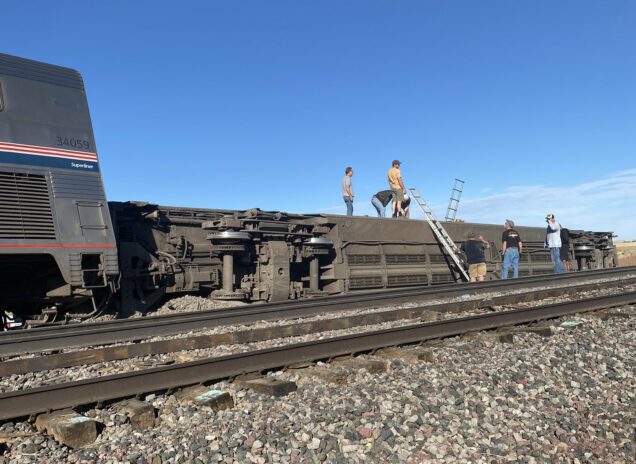 Some other reports said no fewer than 50 people were injured in the accident.

The Empire Builder train, which runs between Seattle and Chicago, was carrying about 147 passengers and 13 crew members when five cars derailed near Joplin, Montana, Amtrak said.