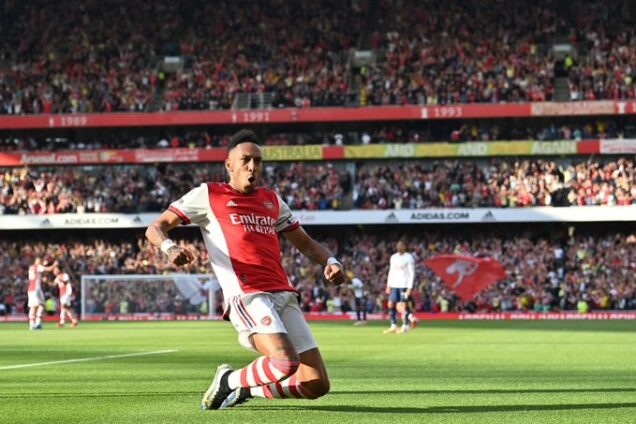 Three goals by Arsenal scored in the first half were all they needed to claim the North London derby in a way that embarrassed visitors Tottenham Hotspur.

Emile Smith-Rowe opened the goal scoring when he tapped into the net from a clinical pass by Bukayo Saka in the 12th minute.

Bukayo Saka, as if it was all choreographed did the overkill in a solo run in the box to send Arsenal three goals clear.

In the second half, Spurs returned with more fire, but Arsenal defence frustrated them, until the 79th minute when Heung-Min Son put one goal back for Tottenham.

Tottenham Hotspur goalkeeper and captain Hugo Lloris admitted his side got “smashed” by Arsenal, after he was beaten three times before half-time.

“We lost complete control in the first half. We got smashed and then had a good reaction,” Lloris said.

“It’s frustrating and very disappointing. It’s the moment to stick together and carry on.

“The players were ready but we lost a bit of control. We lost balance in the middle of the pitch.”

After winning their first three games of the season and sitting on top of the table, Tottenham have suffered three successive defeats in London derbies.

These are: 3-0 at Crystal Palace, 3-0 at home to Chelsea and Sunday’s feeble defeat at Arsenal.

“When you concede three goals in each of the last three league games you cannot hide the problems,” Lloris said.

“But we are professionals. There is a long way to go. We need to stay calm.”

Manager Nuno Espirito Santo said his side must now recover “mentally and physically for the next one”.

This is a home clash next weekend against an Aston Villa team buoyant after beating Manchester United.

If they lose that, the rumblings of discontent will increase in volume considerably.

“We didn’t achieve the standards that our fans deserve every day,” the Portuguese said of his side’s display.

“We are not being that team.”