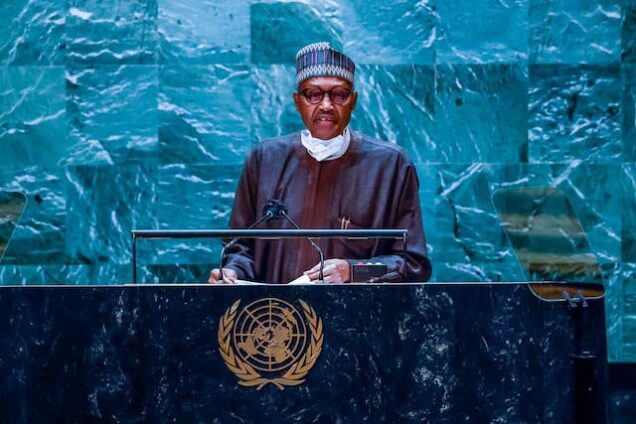 Buhari at UN: Now. in quarantine at home

President Muhammadu Buhari has returned to Abuja with a special request from the UN Secretary General, Antonio Guterres, to help in restoring socio-political order in troubled West African countries.

This was after Buhari’s loaded weeklong engagements at the 76th Session of the United Nations General Assembly (UNGA) in New York, United States of America.

Guterres, who commended Buhari for his leadership roles in Africa as well as stabilisation of the West African sub-region, spoke during an audience with the Nigerian leader at the sidelines of the 76th Session of the UNGA.

The UN scribe observed that Africa, especially West Africa, was generally seen as an ocean of stability and good governance.

He said the UN was deeply concerned at recent reversal of fortunes in democratic rule in some parts of the West African sub-region with coups overturning elected institutions.

He, therefore, urged Buhari to continue to show leadership as he looked up to Nigeria to help stabilise the sub-region in terms of democracy and good governance.

On terrorism, the secretary general commended the efforts of Nigeria on this global phenomenon.

Guterres assured the Nigerian leader of the UN’s continued support in her efforts to address the prevailing security and humanitarian challenges that had arisen especially with the Internally Displaced Persons.

The president applauded Gutterres for his global leadership and the success of the 76th Session.