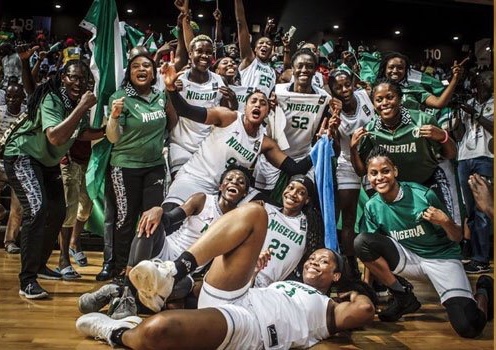 D’Tigress’ victory in the Cameroonian capital city makes it the third consecutive one for them, having won the championship the 2017 and 2019 editions.

The team, who are now unbeaten in three championships, led from the beginning of the game and but for a few moments never looked back in dominating game proceedings.

They won the first quarter 22-11, but lost the second one 9-13, even though they still led the game with seven points into the long break.

D’Tigress returned from the break to win the third quarter 28-14 to extend their lead to 21 points.

It meant they could afford to remove their foot from the throttle in the fourth quarter, which they lost 11-21, and still maintain an 11-point lead to win the game.

Earlier in the day, hosts Cameroon had won the third-place match by beating Senegal 53-49.