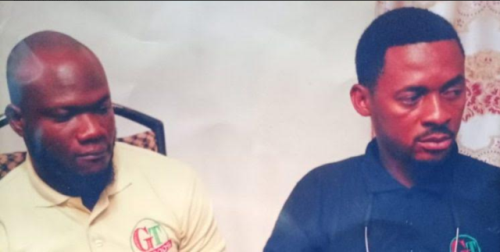 The Command in a statement by its Spokesman, SP Kontongs Bello, said the suspects committed the alleged fraud at GT Plaza, a fast food joint in Benin City, where they worked.

The statement added that a warrant of arrest has been issued to that effect, by a Magistrate Court in Benin City.

“They are wanted for the offence of conspiracy, advance fee fraud, obtaining money under false pretense and diversion of funds to the tune of twenty seven million naira (N27,000,000.00) in Benin City.

The statement urged members of the public to kindly volunteer any useful information that could lead to their arrest through the nearest police station or the Commissioner of Police Edo State, the Deputy Commissioner of Police, State Criminal Investigation and Intelligence Department, Benin City, Police Public Relations Officer, Edo State Police Command.