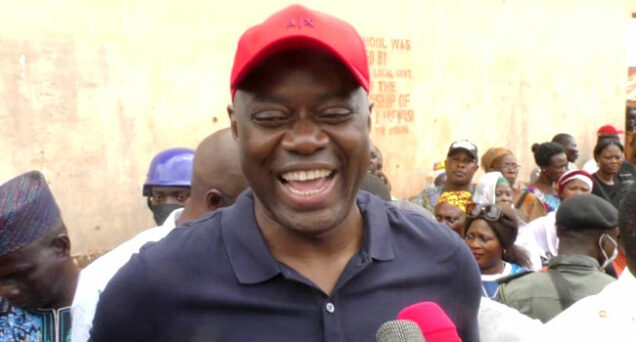 The governor said with unity, they can do quite a lot. He also encouraged aggrieved members to speak out and let their defiances be addressed.

He said this on Saturday while Oyo PDP had its ward congress across all 33 local government areas in the state.

The governor made the comments while monitoring the exercise at his constituency in Ward 11, Ibadan North-East Local Government Area (LGA).

“For the PDP members in Oyo State, I want to ask them to stay unified because we can do quite a lot in unity; and for some who are angry or aggrieved, let them bring their issues to the table, we will address them.

“Politics is about conflict and resolution of conflict within the interaction of people,” the governor stated.

He expressed delight with the exercise noting that turnout was high.

Gov. Makinde said he was happy that the people of Oyo were excited about the ruling party in the state.

Deputy Governor of Edo State, Philip Shaibu, who was the Chairman of the Ward Congress Committee in Oyo said the process was peaceful.

Shaibu said all internal crises would be settled among members amicably.