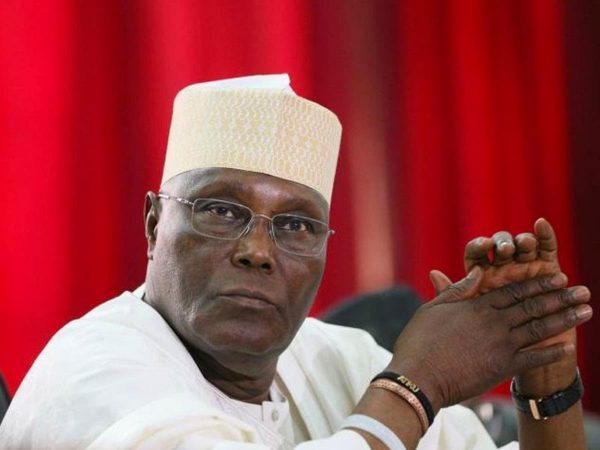 The Federal High Court, Abuja on Monday adjourned a suit seeking to challenge former Vice-President Atiku Abubakar’s eligibility to vie for the office of the president until Dec. 6.

Justice Inyang Ekwo adjourned the matter following the inability of the parties in the suit to regularise their amended processes to accommodate the 5th defendant (Attorney-General (AG) of Adamawa), who had been joined in the case.

The Adamawa State Government had on July 27, through its AG, sought an order of the court to be joined in the suit.

The court, in the motion dated April 26 and filed June 24, granted the prayer of the AG of Adamawa to be joined in the case as the 5th defendant.

EMA is challenging Atiku’s eligibility to contest for presidency on the grounds that he was not a Nigerian citizen by birth.

The group asked the court to hold among others, that considering the provisions of sections 25(1) &(2) and 131(a) of the constitution and the circumstances surrounding the former vice president’s birth, he cannot contest for the top office.

However, when the matter was mentioned, counsel to EMA (plaintiff), Raphael Oyewole, said though the matter was slated for hearing, he regretted that he had to file a motion for an extension of time because he was yet to serve some of the parties in the suit.

He said the amended application to include the 5th defendant as ordered by the court had been served on the 1st, 4th and 5th defendants in the court.

“When was the case adjourned,” Justice Ekwo asked.

“It was adjourned on June 4, my lord,,” Oyewole responded.

The judge, who was unhappy over the manner the counsel was handling the case, said: “This is a matter you filed since 2019, and you are just filing your processed this morning after the last adjournment.”

J. O. Makinde, Chris Nevo and Alex Shija, who are lawyers to the 1st, 4th, and 5th defendants respectively confirmed that they were all served with the plaintiff’s application in the morning.

But they did not oppose Oyewole from moving the motion.

Also, Counsel to Atiku (1st defendant), Mr Makinde, prayed for an extension of time to enable him to regularise his processes.

Ekwo, however, adjourned the matter until Dec. 6 for further mention.