'I don't deserve to be here': Angel's admission puts Big Brother at risk 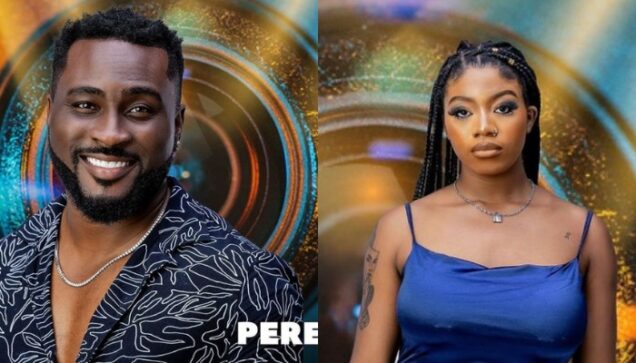 The duo in a twist by Big Brother on Sunday night was thrown in the White Room where one of them will have the opportunity to go back into the house to get a spot in the final week if they carry out Biggie’s assignment properly.

In the twist which was revealed by Big Brother on Sunday night, Pere and Angel are to battle for the last spot in BBNaija Season 6 finale.

They are to compete in a game of trucks and screwdrivers where they will dismantle the toy truck assigned to each of them after being prompted by a light in the white room.

The housemate that completes the task first wins and will join the remaining finalists in the house.

Angel while speaking with Pere in the white room said she is aware that she has fewer fans who voted for her compared to Pere.

She added that she does not merit being in the white room to compete in the task with him because she has fewer fans.

The duo according to Ebuka were sent out of the house but not the show until they complete the game in the white room.

The winner between the duo will automatically become the 5th housemate for the grand finale.

However, Angel’s honest admission corroborated the argument of Pere’s fans who believed Big Brother attempted to rig the votes.

The vote results on Sunday confirmed that Pere was saved and deserved to be among the finalists. This has raised questions on why Biggie decided to introduced a twist when Angel had clearly lost.