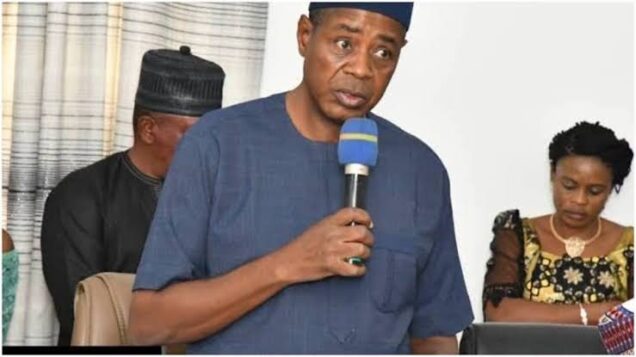 One of the inmates who escaped during the attack on the Medium Security Custodial Centre in Kabba, Kogi State has been rearrested while vandalizing a transformer.

The inmate was rearrested on Sunday evening according to the state Security Adviser, Commodore Jerry Omodare.

He, however did not reveal the identity of the arrested inmate.

Omodare spoke on Monday at a peace camp organized by Actionaid Nigeria in collaboration with Participation Initiative For Behavioral Change in Development (PIBCID).

“The fleeing inmate who was caught in Kabba vandalizing transformer is back to the detention centre. The place is better fortified now. He went to vandalize the AEDC transformer alongside one other suspect. He was arrested.

“We discovered that a lot of transformers are being vandalized around the Kabba area. During our security meeting, we mounted surveillance, and that success was recorded yesterday.

“It has shown that it is in the blood. These criminals will not change. He was among the inmates that ran out of our correctional centre.

“He went back to society to commit more crimes. Again, he has met his waterloo” Omodara said.

He said 132 of the inmates are back at the correctional centre after the attack on the facility.

The Kabba correctional facility located in Kogi State was attacked overnight on Sunday, 12 September with over 200 inmates set free.

Also the assailants killed one soldier and one policeman during the attack.