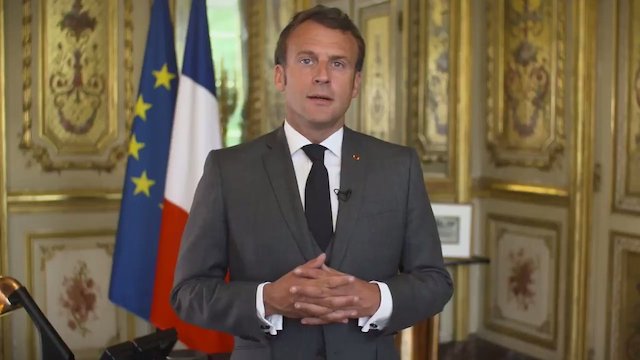 French President Emmanuel Macron was hit with an egg while he was visiting Lyon on Monday to promote French gastronomy.

Footage from Lyon Mag showed the egg bouncing off the president’s shoulder area, without breaking, as he walked through a crowd while a protester shouted “Vive la revolution” (long live the revolution).

A man was arrested after the incident at the international catering, hotel and food trade fair in the city, French media said.

A spokeswoman for Macron’s office did not answer a request for comment.

In June, a man slapped Macron in the face during a walkabout in southern France. The man was ordered to serve four month in jail.