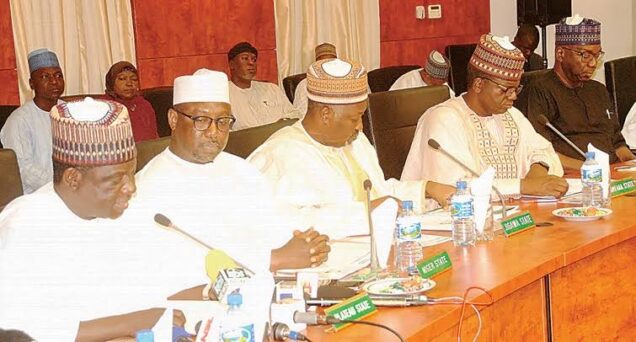 Northern governors on Monday rose from their meeting to pass a vote of no confidence on rotational presidency, describing it as unconstitutional.

They said their reaction was to counter Southern governors demand that the presidency moved to the South in 2023.

The Southern governors at their meeting in Lagos in July said power should move to the south.

Plateau State Governor and Chairman of the Forum, Simon Lalong, while reading from the resolution of the meetings said  “The statement is quite contradictory with the provision of the Constitution of the Federal Republic of Nigeria (1999) as amended that the elected President shall secure at least 25 percent of the votes cast in 2/3 states of the federation. In the case of run-up simple majority win the election.”