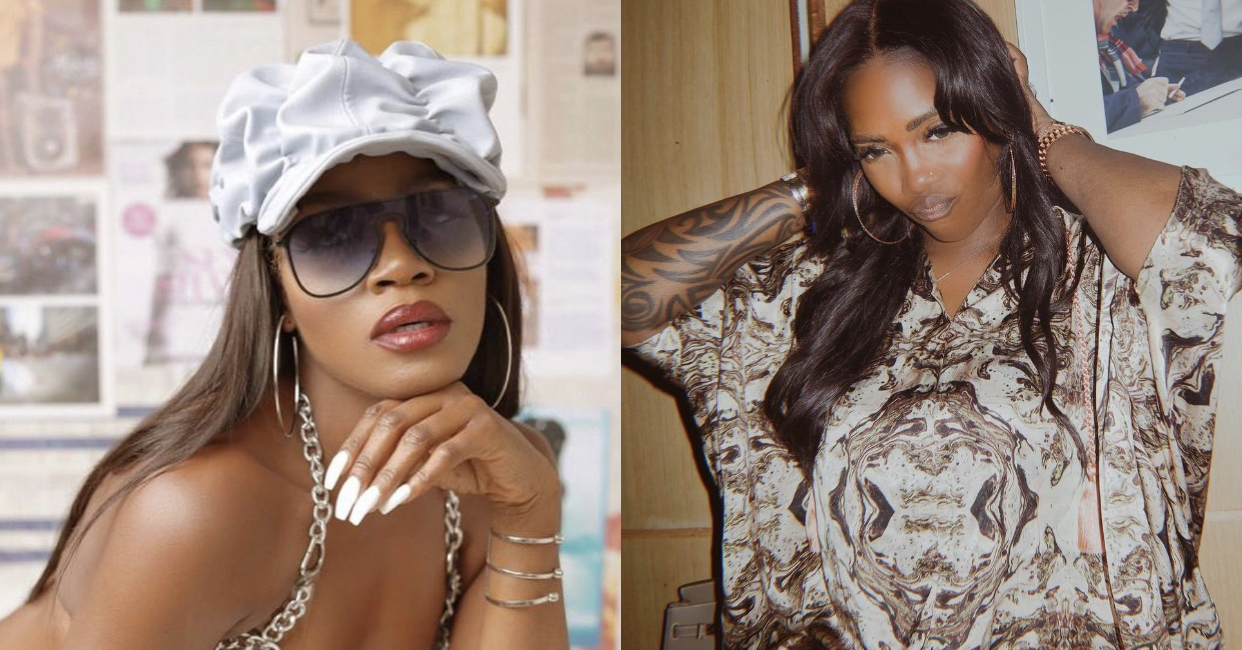 Savage had on Sunday shared a post Seyi Shay made about her hit song ‘Somebody’s Son’ on her Instagram page.

In her post, Savage tagged Shay with a laughing smiley, with the caption: “@seyishay 😂😂😂…. Thank you @glblctzn, thanks to everyone that came out to support, love y’all 🖤”

Savage and Shay were involved in a fight at a Lagos salon, in a viral video which surfaced online sometime June 2021.

Shay had walked up to Savage to exchange pleasantries at the salon, a move that did not go well with her.

According to the African Bad Gyal, she had not forgotten what Shay and Victoria Kimani did to her during Kizz Daniel’s viral #FvckYouChallenge in 2019.

The mum of one in the video said Shay had no right to walk up to her to say hi, considering what she and Victoria Kimani did to her in the past.

Seyi Shay and Victoria Kimani had in 2019 released their covers of Kizz Daniel’s hit song, ‘Fvck You’, where they had both dissed Tiwa Savage.

In her lyrics, Seyi Shay said, “You know I’m not Savage, I pay my bills.”

Victoria Kimani, on her part, accused Tiwa Savage of prostitution and blocking her from a show.

Teasing Tiwa Savage, Kimani said, “Grandma African bad gyal, turning 45 and still claiming bad girl. You can block me from a show but you can’t block my blessings. We all know you selling pu*ssy and it’s so depressing”.