Anelka: 'Messi has to respect Mbappe at PSG' 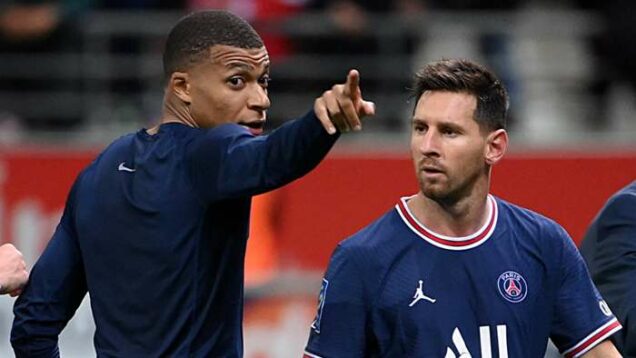 Many have wondered how Mauricio Pochettino will build with Lionel Messi, Neymar and Mbappe.

Some football enthusiasts believe the team has to adapt to Messi’s style in order to deliver the Ligue 1 title and Champions League, but Anelka thinks Mbappe deserves to be the main man.

Anelka told Le Parisien: “Mbappe has to lead the attack because he’s No.1.

“Messi was at Barcelona, but now he has to serve Mbappe. He’s been at the club for five years and Messi has to respect him.”

He said: “He’s a phenomenal player in terms of his speed, there’s no one better on the planet.

“If Paris want to have the best team, they have to do everything they can to keep him.

“But I think it’s very clear in Kylian’s head. He wants to see something else, and that makes sense. He’s dreaming of the Ballon d’Or, and how can he win it if he’s playing in the sixth-best league by UEFA coefficient?

“If Kylian had been in England or Spain for the last three years, he would have already won the Ballon d’Or.”

Anelka also warned Pochettino on how to handle a star like Lionel Messi.

The Frenchman gave the advice after Messi was substituted on his debut against Lyon on September 19.

He said: “You don’t take off a six-time Ballon d’Or winner in the 65th minute when he hasn’t scored for his team. That plays with his head a lot.

A forward needs his coach to show him confidence, and that right there won’t do it. I’m getting ahead of myself but Messi will not forget what Pochettino has done. It will stay with him. He’s the star of the team and it was his first game at the Parc des Princes. It’s going to be very difficult to recover from that as a situation.

“Messi didn’t play against Metz, and for me that’s already a response. You can’t manage Messi like that. The coach wanted to send out a strong message, which is good, but this is Messi”