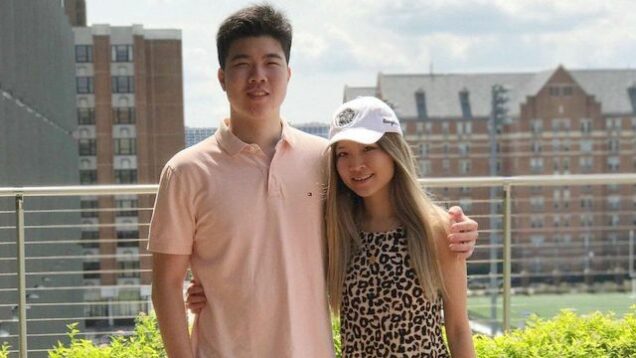 Two American siblings, Cynthia and Victor Liu, prevented from leaving China since 2018 returned to the United States over the weekend.

Their release by Beijing came shortly after the United States ended a legal case against top Huawei executive, Meng Wanzhou.

Cynthia and Victor Liu returned to America after more than three years during which they were not allowed to leave China under an “exit ban” despite not facing criminal allegations.

The exit of the two Americans followed an agreement that allowed Huawei Chief Financial Officer Meng Wanzhou to return to China from Canada after U.S. prosecutors dropped a fraud case against her.

Within hours of the news of the deal, two Canadians who were arrested shortly after Meng was taken into custody were released from Chinese detention and sent back to Canada.

Beijing had denied that those arrests were linked.

The White House on Monday said the Canadians’ release was not a prisoner swap, but that their cases came up in a call between U.S. President Joe Biden and his Chinese counterpart Xi Jinping in a Sept. 9 call.

The Justice Department has said its decision on Meng’s case was decided independently.

“We welcome Cynthia and Victor Liu’s return to the United States on Sunday,” said a State Department spokesperson.

He said that U.S. consular staff in Shanghai helped facilitate the siblings’ exit.

“We will continue to advocate on behalf of all American citizens in the PRC subject to arbitrary detention and coercive exit bans.”

The White House declined to comment on the Americans who exited China.

Cynthia and Victor Liu’s mother, Sandra Han, continues to be detained on criminal charges in China.