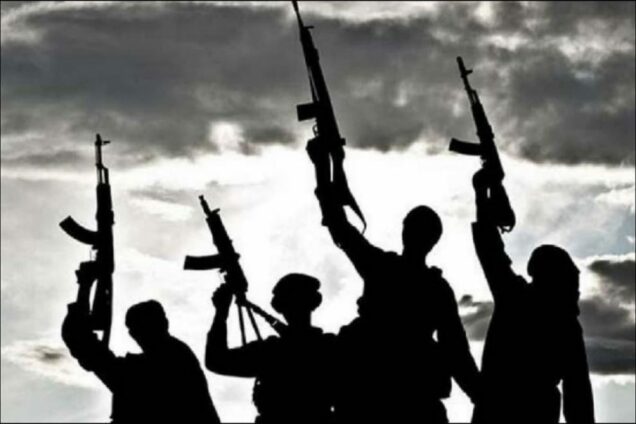 The Senator Andy Uba Gubernatorial Campaign Organisation, SAUGCO, has called on the Anambra State Governor, Chief Willie Obiano and security agencies working in the state, to urgently take steps to arrest the worsening insecurity in the state. This is contained in a statement signed by Hon. Victor Afam Ogene for, and on behalf of SAUGCO.

Speaking against the backdrop of the brutal killing of Somadina Oforma, an All Progressives Congress (APC), member on Sunday, September 26, 2021, Senator Uba said the “obviously politically motivated murder was one too many.”

The late Oforma was, without any provocation, shot dead inside the APC office at Uruagu Ward 3, Nnewi North Local Government Area of the state, while holding a meeting with other party faithful, many of whom sustained varying degrees of injury.

Uba has however promised to immortalize the deceased, and also reach out to the injured, the SAUGCO said in a statement signed by the Head of its media unit.

“We recall that, on July 31, 2021 at Oba, Idemili South LGA, unknown gunmen, operating in similar fashion, accosted and killed Mr. Cosmas Eze, our party’s acting Assistant Secretary for the local government area, and dispossessed him of the APC branded Sienna vehicle he was driving. The late Mr. Eze hailed from Akwu Ukwu in the same council area.

“The seemingly targeted attack on the APC was to go a notch higher, when on Saturday, September 10, 2021 the traditional ruler of Ekpunando in Anambra East LGA, Igwe Alex Edozieuno, and his driver, Chukwuemeka, were waylaid and killed”, SAUGCO said.

It is instructive to note, according to the organization, that the late Igwe Edozieuno had one month before his brutal death joined the APC, after being deposed by the Obiano administration.

“Whilst not imputing any direct motive to these attacks, we are however constrained to observe that our party, the APC, has borne the brunt of majority of them, leaving us to wonder when political contest in Anambra State degenerated to the point of opposition party members living in fear.

“We, therefore, call on Governor Obiano, as the Chief Security Officer of the state, and other law enforcement agencies, including the police, the Department of State Security, DSS and the civil defence corps, to urgently take steps to halt the growing reign of terror in our state.

“For starters, Governor Obiano must rein in his party men and women who take recourse to a campaign of hate, by selling the false and misleading narrative that the APC is a Fulani party.

“Across various social media platforms of the All Progressives Grand Alliance, APGA, the favourite passtime, in the face of lack of achievements to showcase, is the unabashed spread of a campaign of calumny against the APC. Yet, our party in the state is made-up of true sons and daughters of Anambra.

“Regardless of this deliberate and misleading narrative, the APC’s resolve to salvage our dear state from the cocoon of isolationism remains unshaken – a fact attested to by the daily stream of new entrants into our fold from diverse platforms”, SAUGCO added.