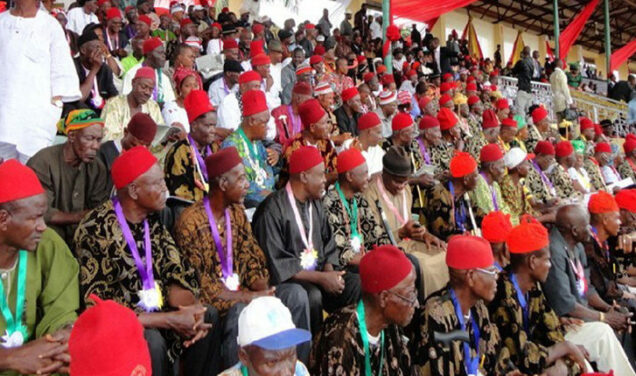 This was announced in a statement signed by Comrade Temple Chika, its National Publicity Secretary.

“IGBO DAY OF MOURNING”, with the theme “Ozoemena” will now replace Igbo Day which is usually celebrated annually on the 29th of September.

The statement read, “this is to inform all Igbos both home and in the diaspora about the cancellation of 2021 IGBO DAY slated previously to hold in Enugu and Awka, Anambra State, respectively, on 29th September 2021.

“We urge Ndigbo to observe the WORLD IGBO DAY OF MORNING in remembrance of all IGBO MARTYRS both at home and diaspora, whose lives were cut short at their prime age during security operations, herdsmen, Obigbo/ Orlu massacres, killings in the North by Boko Haram and banditry.

“The mood of Ndigbo nowadays depicts mourning both traditionally and religiously.

“Consequently, there will be no fanfare, no jubilation, and acrobatic cultural displays as obtained from the annual IGBO DAY CELEBRATIONS in the past few years.”

The statement added that “there are attempts to commit ethnic cleansing in the name of fighting against the IPOB.

“Ohanaeze Ndigbo demands the unconditional release of bodies from mortuaries (especially in Imo State) of Igbos wrongly killed as suspected IPOB members to their various families for burials.”